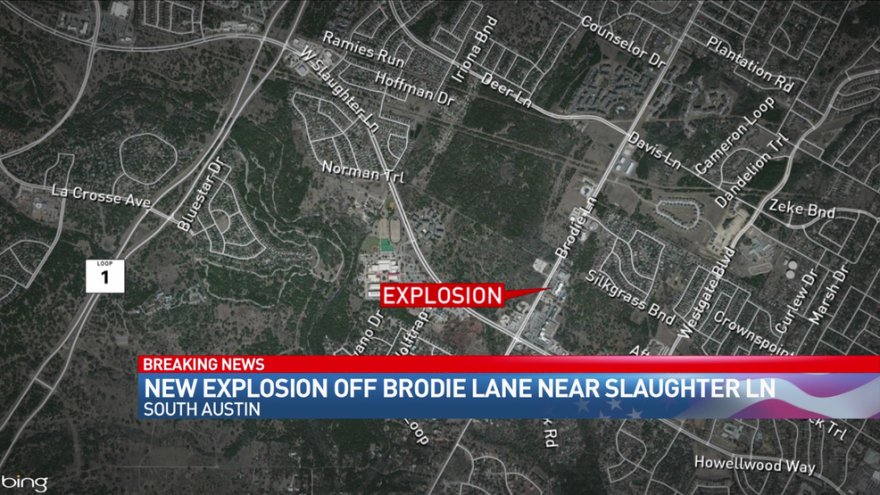 AUSTIN, Tex. (KEYE) — A new explosion has been reported in South Austin, hours after explosive packages were found at FedEx facilities in Schertz and near the Austin airport -- and four other explosions over the past several weeks have left two dead and four others injured.

According to Austin-Travis County EMS, the latest reported incident happened at around 7 p.m. near the intersection of Brodie and West Slaughter Lanes.

The Austin Fire Department is reporting the explosion happened at a Goodwill location.

A man in his 30s was transported to St. David's South Austin Medical Center with potentially serious, but not life-threatening injuries.

Everyone is being asked to avoid the area.

This developing story will be updated as we learn more.