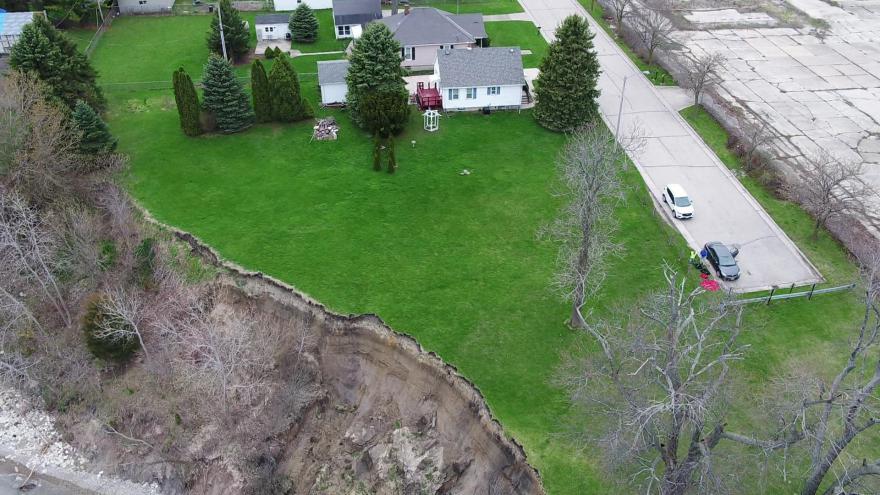 An update tonight on bluff erosion along Lake Michigan in Racine County.

It's been about 8 months since CBS 58 last reported on the severe erosion there. New video from Skydrone 58 suggests that people who live in Mount Pleasant still have reason to be concerned.

Today, CBS 58 News talked with someone who's lived there for 25 years. His backyard is disappearing and he doesn't think local leaders are moving quickly enough to help.

\"I'm disappointed. They promised fast track but the fast track is very slow at the moment. There's not much going on,\" said Tony Van Putten who lives on the lakefront.

Mount Pleasant has a new village president, Dave Degroot. We have reached out to him for a statement but have not heard back.