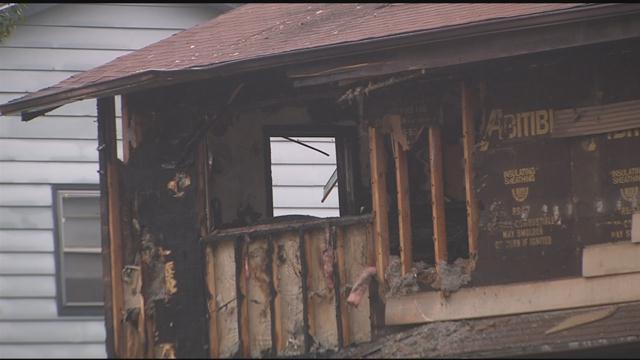 According to Milwaukee Police and a report from the Medical Examiner’s office, the mother of the children, Natasha, woke in the middle of the night to a crackling noise. She believed someone might have been trying to break into the house and walked downstairs to check.

When she came downstairs Natasha saw a fire burning in the corner of the living room, and her 6-year-old son, Marwaun, in the kitchen trying to fill up a pot with water. Natasha got Marwaun out the front door and went upstairs to get her 11-year-old daughter, Makayla, and her baby out of the house.

Natasha woke Makayla and grabbed the baby, and then realized Marwaun followed her back into the house and was upstairs. Natasha yelled at them to follow her downstairs that they need to leave the house immediately, and ran down the stairs and out the front door with the baby.

A neighbor reported seeing Natasha running out of the house with the baby and saw the front window had broken and fire was shooting out the front of the house. Natasha realized that the two older children did not come out with her and were still in the house.

A neighbor called 911 shortly after 2 AM and tried to kick in the front door to get into the residence. Other neighbors also tried to break the windows on the second floor by throwing chairs at them.

When the Milwaukee Fire Department arrived, the home was engulfed in flames. Firefighters found Makayla in her bedroom and Marwaun partially inside a closet. The fire was too intense and both victims were unable to be resuscitated.

In a scene visit, the medical examiner says metal frames and springs were the only remnants of furniture that remained in the living room. The floors were destroyed and the wooden particle board under the carpets was revealed. The kitchen table and chairs, counters, and some dishes remained in the kitchen, but ceilings and walls were destroyed, with electrical lights hanging from the ceiling.

The upper floor of the residence was in similar condition with the walls and ceiling completely destroyed.

The roof had caved in over one bedroom, and all the windows were broken out. Insulation covered the entire floor, and still hung from the ceiling in some areas. The entire home contained water leaking.

Both children were found with insulation and soot covering them with thermal injuries. The medical examiner found no evidence of other external injuries. An exact cause of death is still under investigation.