New climate normals: Every month has gotten warmer in Milwaukee 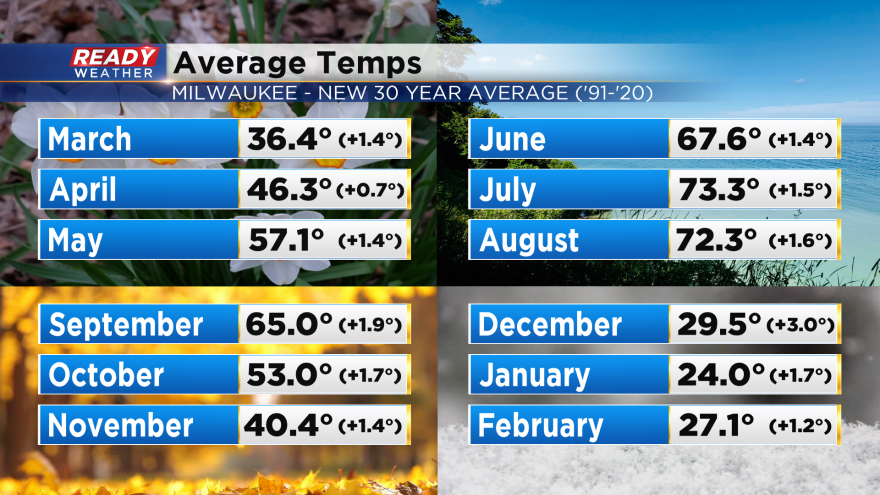 Every ten years, NOAA recalculates and releases new 30 year climate "normals" or averages. Those new averages, using the 30 year period from 1991-2020, were released this week, and to nobody's surprise it's been getting warmer across southeast Wisconsin. Milwaukee's annual temperature rose to 49.3°, which is 1.4° warmer than the previous 30 year average of 47.9°. Our average high warmed 1.8°, and our average low warmed a little over 1°. 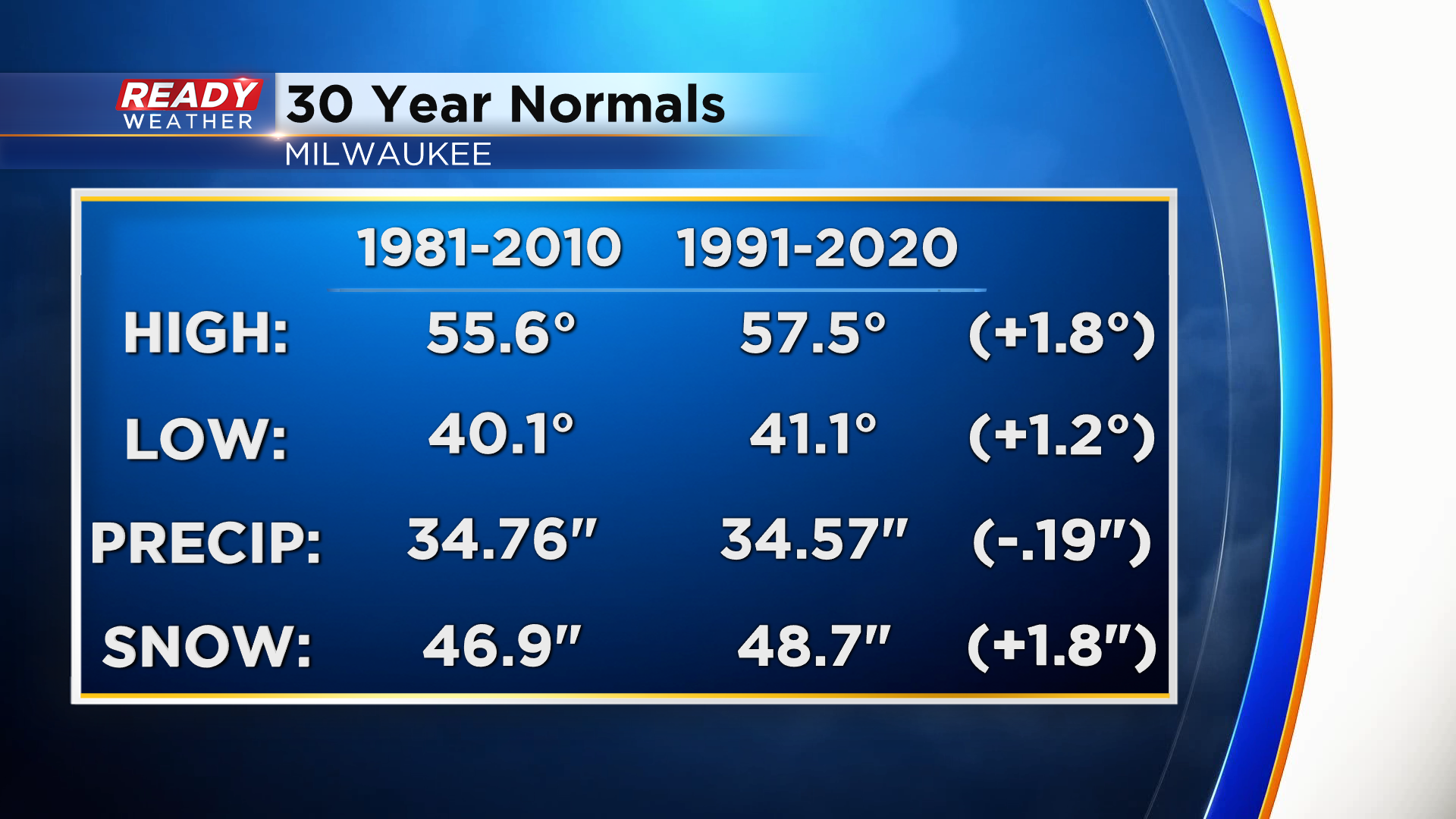 Not only did Milwaukee's annual temperature rise, every month of the year has gotten warmer. In fact, every month besides April warmed by at least 1°, and December warmed by a whopping 3°! 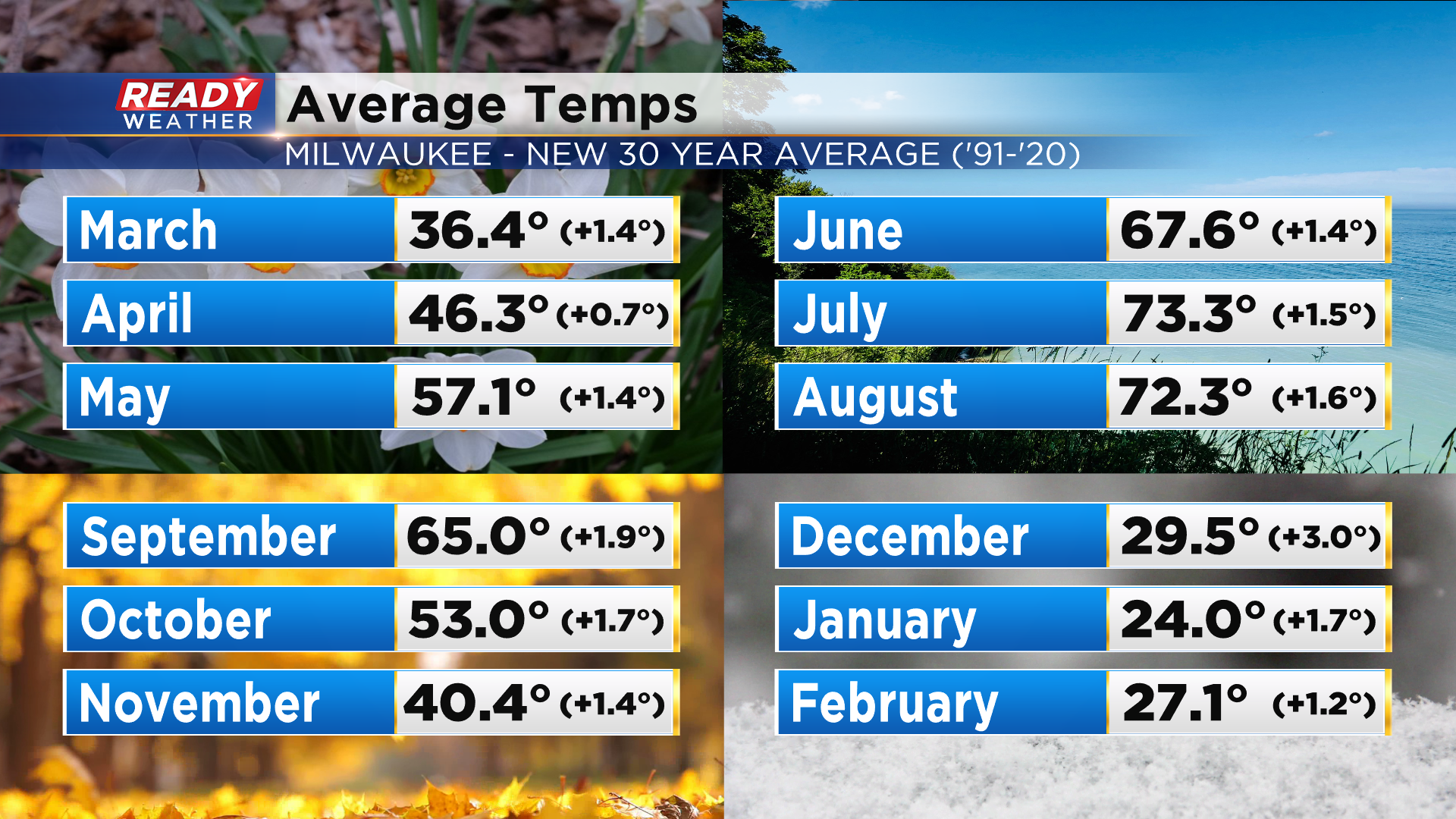 Overall, every season has gotten warmer, but winter has warmed the most with a 2.0° change. 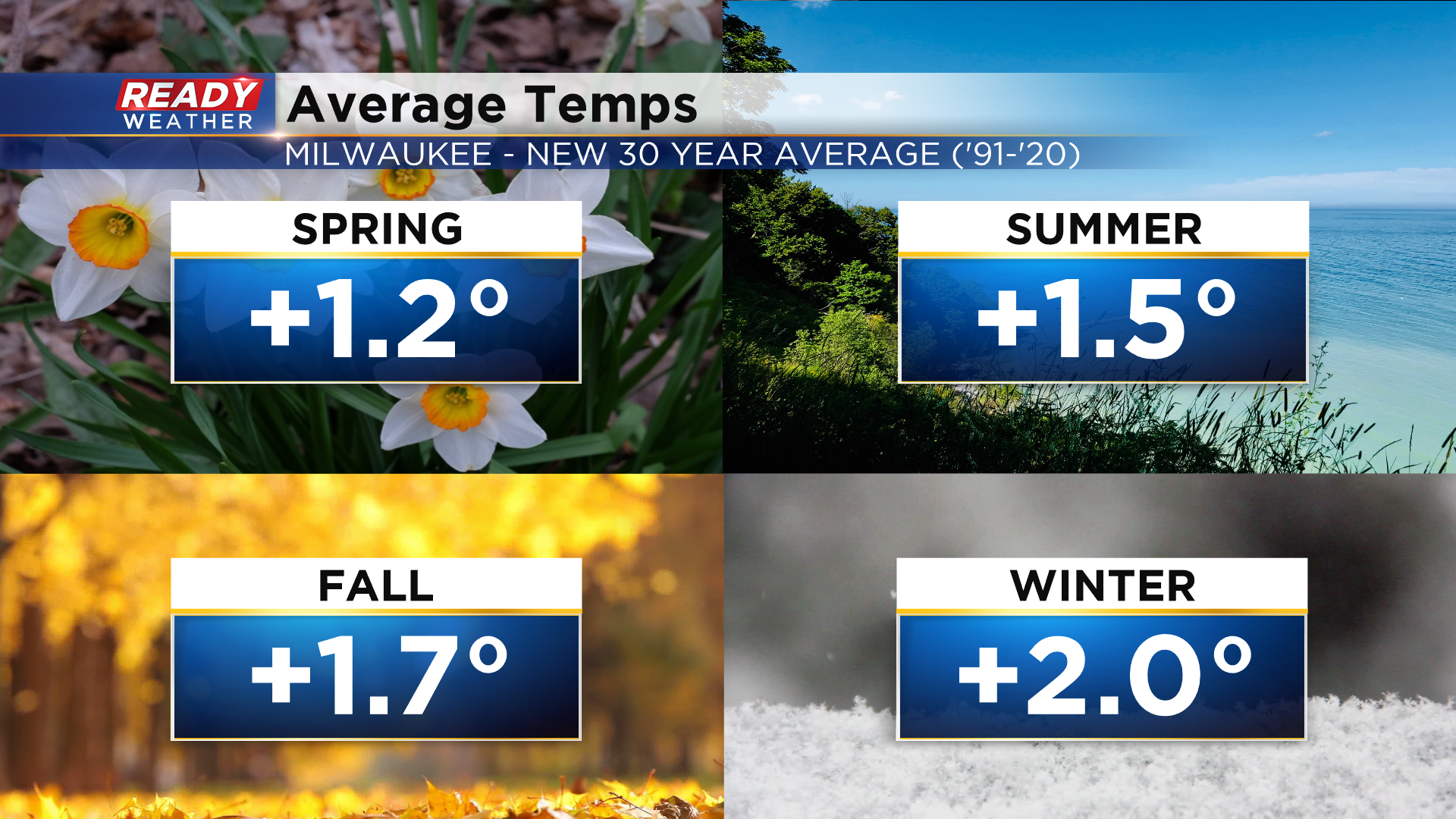 Milwaukee's annual precipitation didn't change too drastically, only dropping 0.19" compared to the previous 30 year average.
Generally, spring into early summer has gotten wetter, while the second half of the year has trended drier. June has seen the biggest increase in precipitation with nearly a half inch, while November has seen the biggest drop in precip. at -0.47". 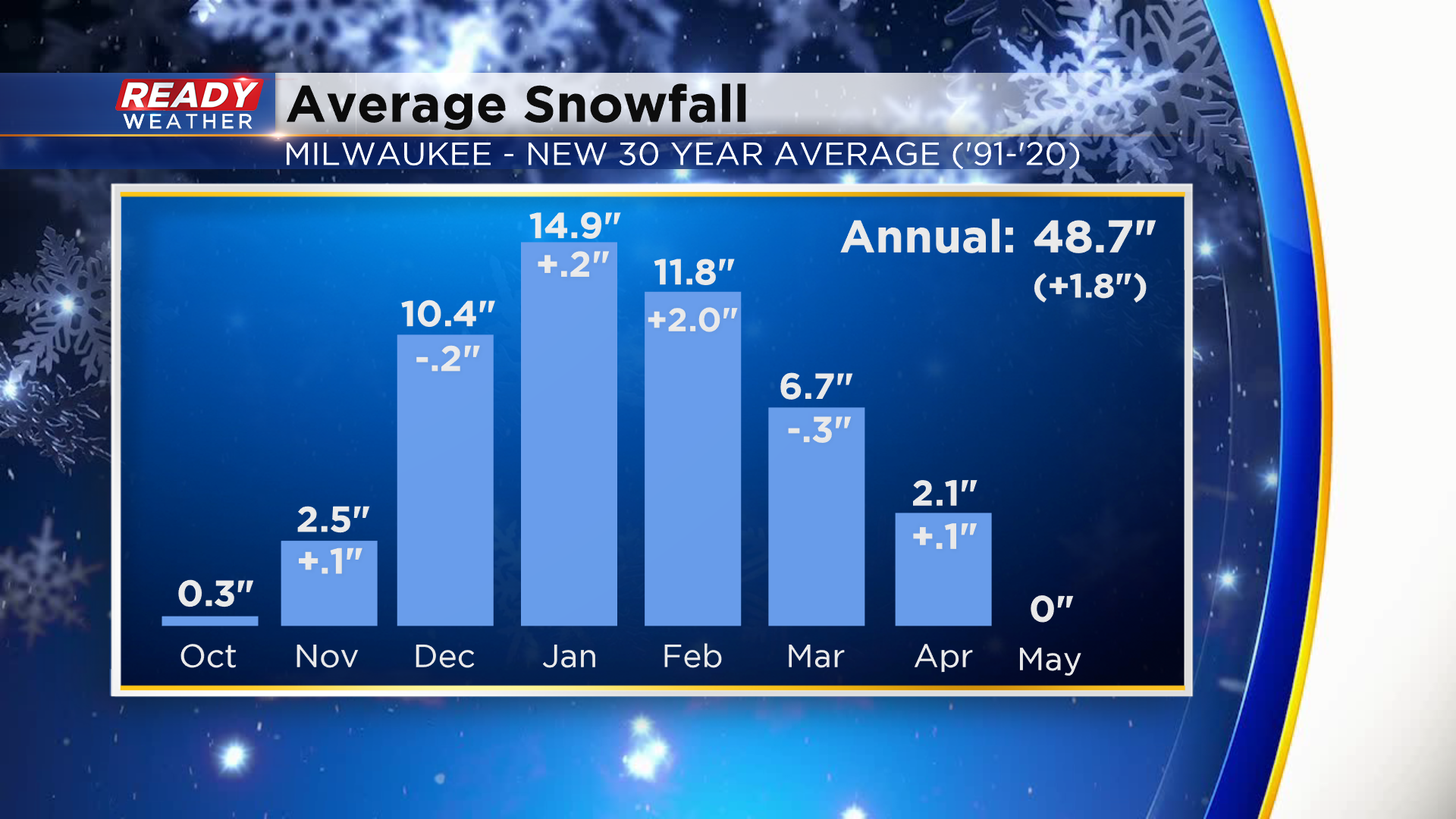 Temperatures will generally be a bit below normal over the next week. Download the CBS 58 Ready Weather app to see the full 7 day forecast.