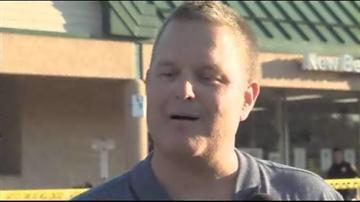 NEW BERLIN-A pharmacist was held at gunpoint Wednesday but said he never really thought the distraught man was going to shoot.

The man entered the pharmacy near Sunny Slope and Greenfield around 4:30 p.m. He demanded some pills and pulled out a shotgun.

Most of the workers and customers inside got out, calling 9-11 as they left.

Tactical units responded and by 6 p.m. the man surrendered. No shots were fired. Nobody was hurt.

After everything settled down, Steib expressed empathy for the man now in custody.

\"You could tell he was frustrated because he couldn't get his script filled,\" Steib recalled. \"He went to several places and couldn't get it filled and he reached his breaking point.\"