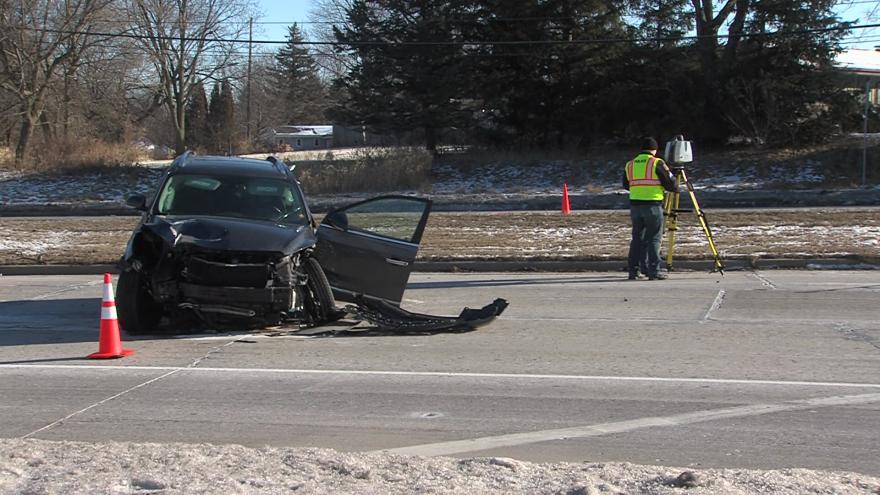 NEW BERLIN, Wis. (CBS 58) -- Authorities have identified the victim in a fatal crash on Moorland Road in New Berlin, as 72-year-old Thomas Major of Brookfield.

New Berlin police and fire departments responded to the single-vehicle crash in the 1900 block of Moorland Road around 9 a.m.

Authorities say the man was driving southbound on Moorland Road from Greenfield Avenue when the vehicle left the road and drove onto the median, striking a pole and a tree.

The man was taken to a local hospital, where he was later pronounced dead.

Police are investigating to determine whether or not the man suffered from a medical issue before the accident occurred.

NEW BERLIN, Wis. (CBS 58) -- Police and fire crews are responding to a serious crash in New Berlin on Thursday, Jan. 16.

It happened along Moorland Road. Southbound traffic is only able to use the shoulder and northbound is down to one lane.