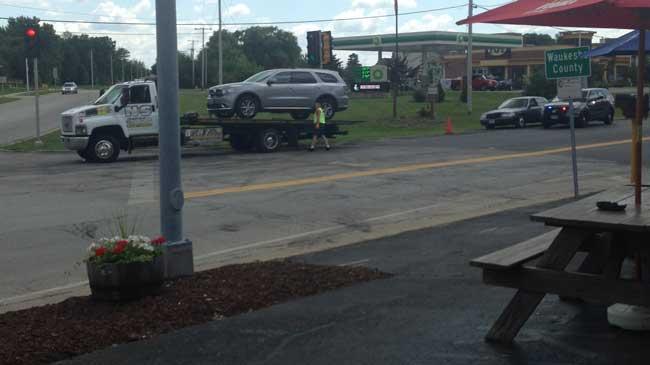 The New Berlin Police responded to a high risk traffic stop in New Berlin at 124 Street and Beloit Road.

The original call came in as an armed home invasion.

Police said an investigation now reveals no break in actually happened, but based on information from the initial call-they didn't want to take any chances.

Eyewitnesses told CBS 58 at least 15 police units responded when the suspect's car was stopped.  It closed down traffic in all directions on Beloit and 124th.

Witnesses said police walked toward the SUV involved with their guns drawn. According to witnesses, police told the men to put their hands behind their heads and get out of the vehicle. The three men inside the sub complied, but witnesses said it took about 20 minutes for them to get out of the car.  They said eventually the suspects got out one by one, and were arrested without incident.

Police said the suspects weren't armed. But a stylist told CBS 58, customers at style salon were moved to the basement just in case things got out of hand.

Police confirmed the three men have been arrested on prowling charges, and the intersection is now open to traffic again.