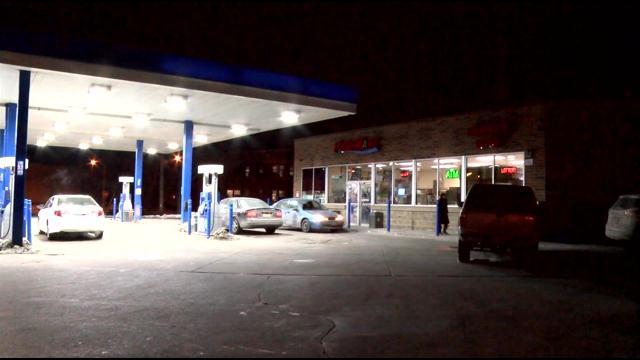 The Milwaukee County District Attorney's office is reviewing the case of a brazen suspect who attacked two gas station employees with a bat. The incident was caught on camera by a cell phone.

It happened Saturday night at the Mobile gas station in the 4900 block of Lisbon, which is across the street from the district three police station.

The nearly two minute YouTube video starts inside with one clerk accusing the 21-year-old suspect of stealing. So he picks up an object and threatens him with it.

The clerk retreats when the suspect charges back, but the employee grabs a bat and starts swinging it at the suspect.

The confrontation then moves outside the gas station, where the two get into a struggle over the bat. But, the suspect takes it and starts beating the man, knocking him to the ground.

Before running off, the suspect takes one last swing at another station clerk who is trying to help.

Both of the victims, age 39 and 35, eventually get up, holding their heads in pain and confusion.

One man who watched the video calls it shocking, saying someone could have been killed.

\"That's real tragic, no matter who it was or how it went about,\" said Tromance Washinton. \"Trying to do things for the little amount of money is not worth it. Try to help one another instead of us trying to destroy each other.\"

The victims are recovering from their injuries and will not be back at work for a few weeks.

The suspect is in custody and has yet to be charged.