Neighbors React to News that 4-Year-Old Shot Himself 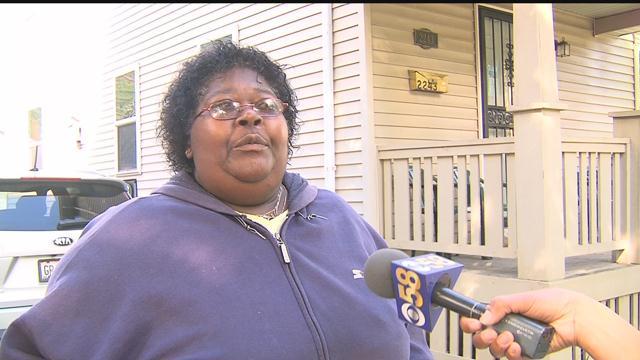 New details have been released in the death of the 4-year-old.

Solomon Smith died after shooting himself on Friday.

A memorial with flowers and balloons is right outside of Solomon's home.

Neighbors said they are shocked something that this even happened.

This all happened Friday evening on North 15th Street.

Police said Solomon shot and killed himself inside of his home.

Police said the boy's 21-year-old mother was arrested and booked for having a loaded firearm within reach of a child.

MPD said she was released and is expected to meet with the Milwaukee County District Attorney's office to have the charge reviewed.

They said finding out these new details make the situation even more tragic.

“I really didn't believe that a baby at four years old would get a gun and shoot himself. But stranger things have happened,” said neighbor.

Leaving a loaded gun near a child is a misdemeanor crime, but charges have not been filed.

This is the second time in as many weeks that we've seen parents are held responsible after an accidental shooting.

What is disheartening to the gun rights group "Wisconsin Carry" is that after a nine year old boy was wounded by a younger brother and the parents were charged.

The group came here on CBS 58 to remind gun owners to take precautions.

Wisconsin carry urges gun owners to keep the firearm with them at times, or lock it up when you can't and train children on proper gun safety.

The American Academy of Pediatrics said the "safest home for children is one without guns” and points to research that shows accident rates go down dramatically when guns are kept unloaded and locked.