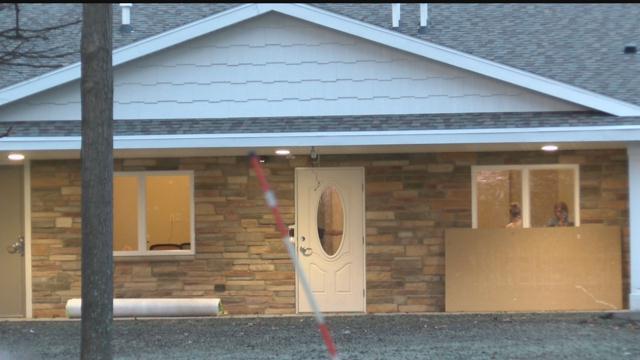 "Don't feed us crap," yelled one woman. "At least now be honest."

They claim they were lied to and deceived about sex offenders moving into their neighborhood.

"We were explicitly told there would not be any sex offenders whatsoever," said property owner Debra Ross.

"It was something they hid and now a day before it may open, finally come out and say yes that's the fact," said Ald. Terry Witkowski, 13th District City of Milwaukee.

Neighbors and some elected officials said they just found out the disturbing news, though the plan has been in the works for years.

Up to eight people can live inside the house located at 429 W Uncas Avenue, but for now, there will be five. Two are registered sex offenders.

"These are not hardened criminals by any means," said Karl Rajani, Matt Talbot Recovery Services president. "They're not in prison."

Instead, they're chronically mentally ill patients, who are being moved from an institution into a community-based setting for treatment.

It's a part of Milwaukee County's plan to reform such services and the patients are placed by the county. So why didn't they tell neighbors it was possible that sex offenders could move in?

"I can't share with you any specifics regarding any of our clients. It would be a violation of the law," said Hector Colon, Milwaukee County's health and human services director.

There will be strict monitoring of all the patients. A camera system is in place and staff will be on site 24/7.

"None of the clients will be wearing any bracelet," Rajani said.

Officials said the sex offenders offenses do not violate Milwaukee's residency restrictions and can permanently live in a neighborhood with children and a playground.

"We want to build up our communities not take them down," said Ross. "I think this is going to do that."

It's unclear when the patients will be transitioned into the facility. A state inspection is set for Friday, November 20.

Facility leaders have now committed to meeting more often with the community advisory council and adding a privacy fence on both sides.