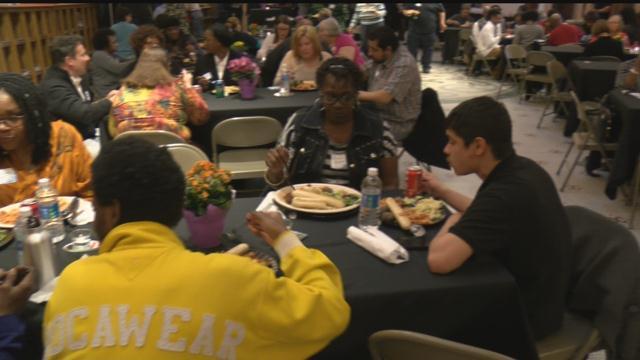 It's hard work keeping a neighborhood safe. Hundreds of neighborhood watch group members were thanked for their hard work at a special ceremony inside Milwaukee City Hall.

"I've been in the same home for 42 years," said Yvonne McCaskill, the Coordinator with the Century City Triangle Neighborhood Association.

McCaskill, and others in her group, build relationships with those in her own community, and surrounding ones. That's something that, she says, important to reducing crime.

"We do have neighbors and residents who do call each other and just say "did you hear that?" "Did you see that?" "Double check this," she added.

Before the days of social media, and texting, that was how information was shared. Brian Fritsch, captain of the Menomonee Falls Neighborhood Watch Group remembers a crime that included his neighborhood a few years ago. He said modern technology helped him spread the word.

"My text messages went out very quick. I got immediate responses from some of my neighbors," Fritsch said.

The Menomonee Falls Neighborhood Watch group actually received national recognition from the National Sheriff's Association in 2009. Fritsch and McCaskill both agree that conventional neighborhood watch groups are still worth a lot.

"Neighborhood watch is really to tie the community together. And that's kinda what we're all about. You get to know your neighbor and if something does happen, we've got each other's backs," Fritsch added.