A large area of low clouds is currently sitting over the Badger state thanks to an upper level trough. This trough is generating a few flurries around the region, and this will continue for the remainder of the afternoon. 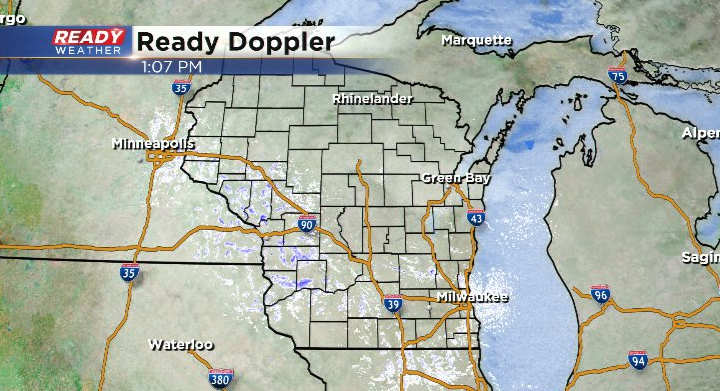 Thankfully this trough will move east of the area by later this evening, allowing an area of clearing to move into southeast Wisconsin. This will give us great viewing for tonight's partial lunar eclipse! Maximum eclipse occurs shortly after 3am, when 97% of the moon will be covered by the earth's shadow, giving the moon a reddish appearance. 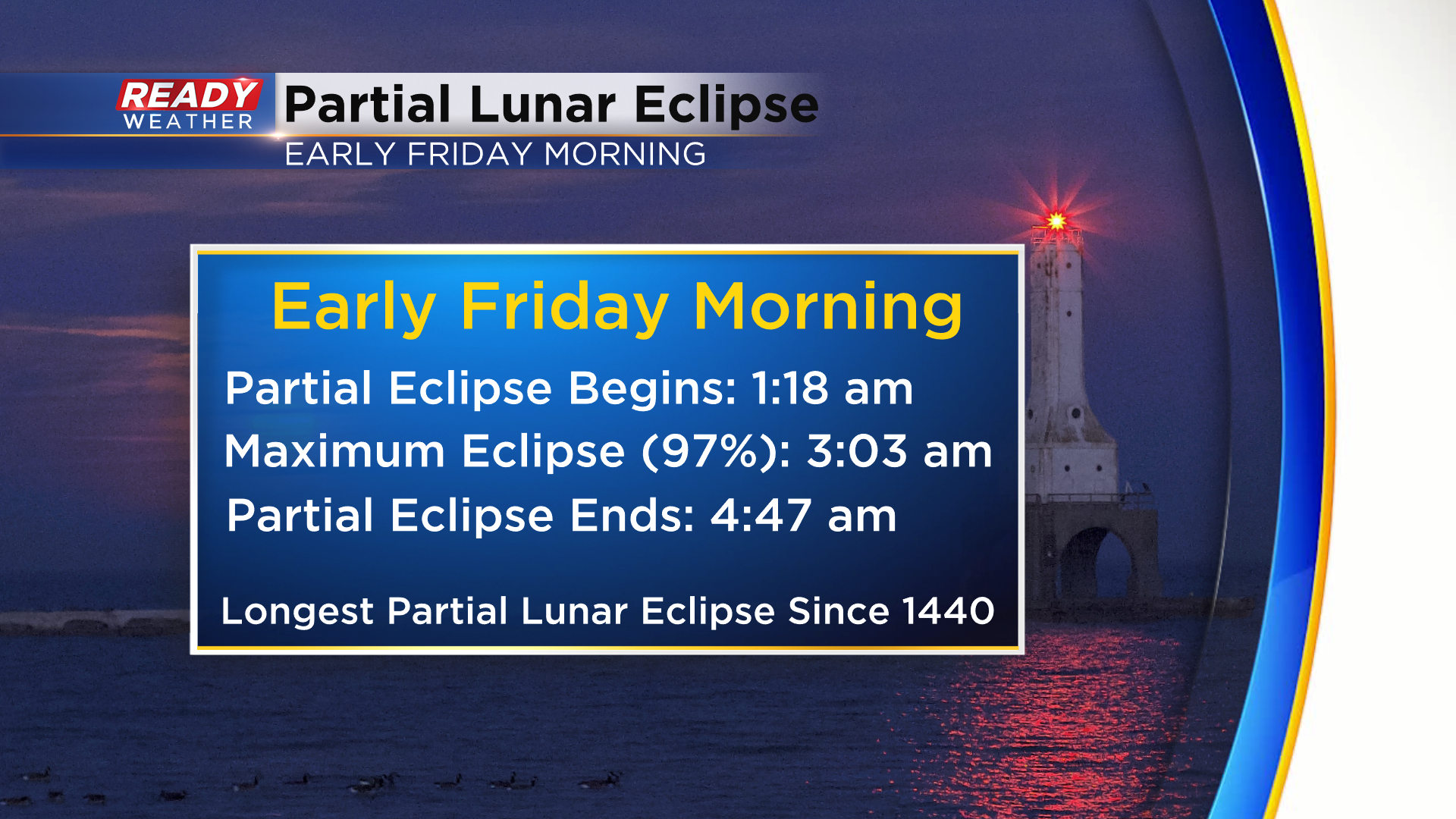 From beginning to end, the eclipse will last roughly three and a half hours, making it the longest partial lunar eclipse in nearly 580 years. You'll want to dress warm if you plan on spending time outside to enjoy it! Temps will be dropping back into the 20s under the clear skies, but it'll feel like the teens once you factor in the wind. 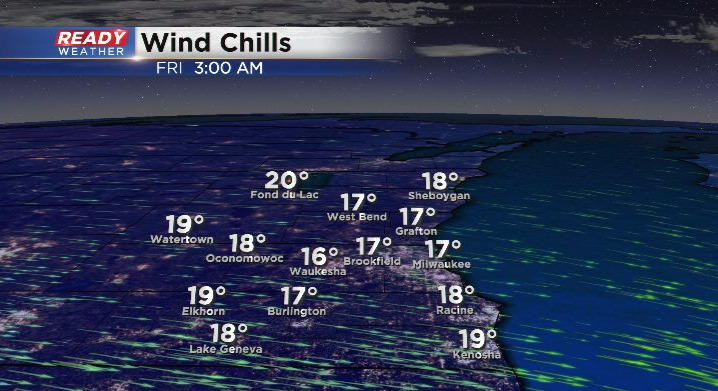 Send any pictures you take to [email protected]! Otherwise it'll be another chilly day on Friday with a bit more sunshine mixing with the clouds. Good thing you don't have to get out of your car to donate to the CBS 58 and Hunger Task Force Drive Thru Food Drive going on from 5am-6pm at American Family Field! 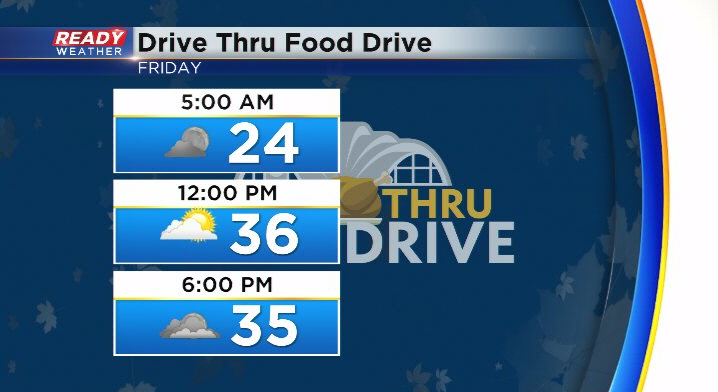 If you can't make it in person, you can always donate online: Drive Thru Food Drive (cbs58.com)