Near record warmth, strong wind and isolated storms for Wednesday

We've had 15 straight dry days in southeast Wisconsin since our last round of snow at the end of February but that comes to an end Wednesday. Light rain showers started moving in just before 4 AM and will continue in a light and scattered fashion most of Wednesday morning. The rain will likely take a break Wednesday afternoon and evening with another round of rain later this evening and tonight as the cold front passes through. 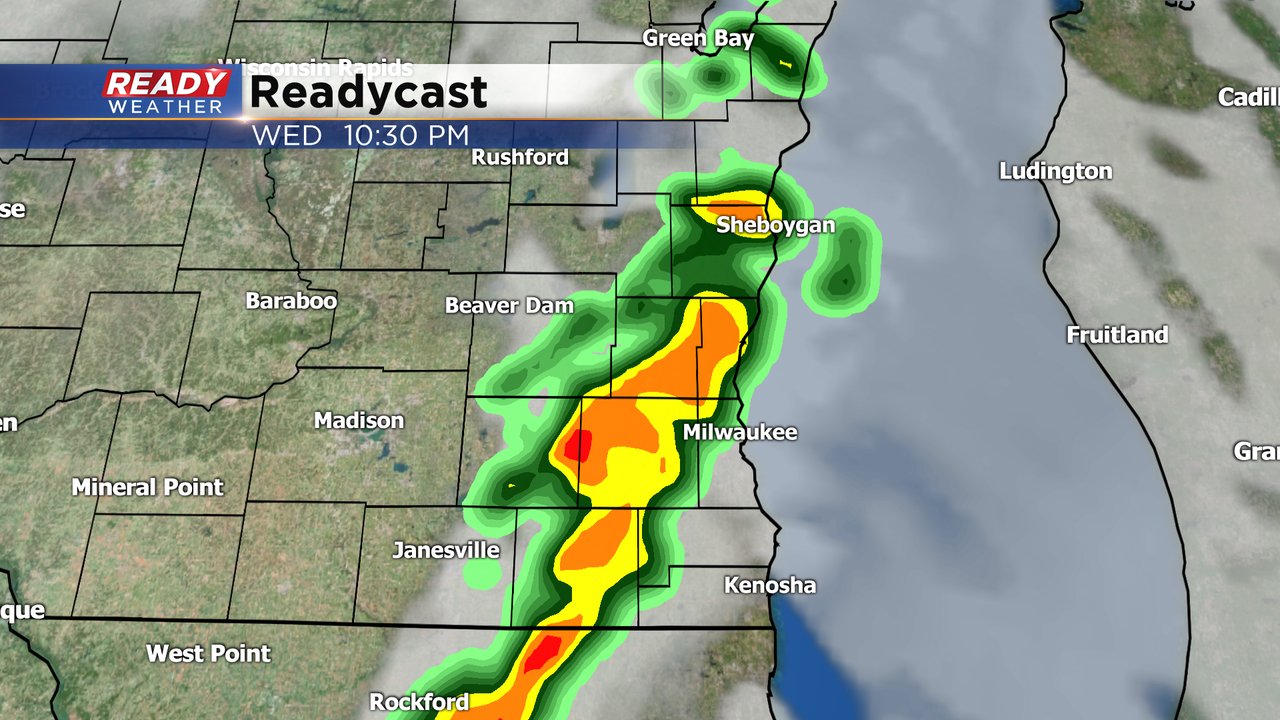 The rain will not amount to much with most of southeast Wisconsin picking up less than a tenth of an inch. An isolated thunderstorm or two can't be ruled out with the cold front tonight and if those do happen then some areas could get a little more rain. A few showers may linger into Thursday morning but sunshine returns Thursday afternoon. 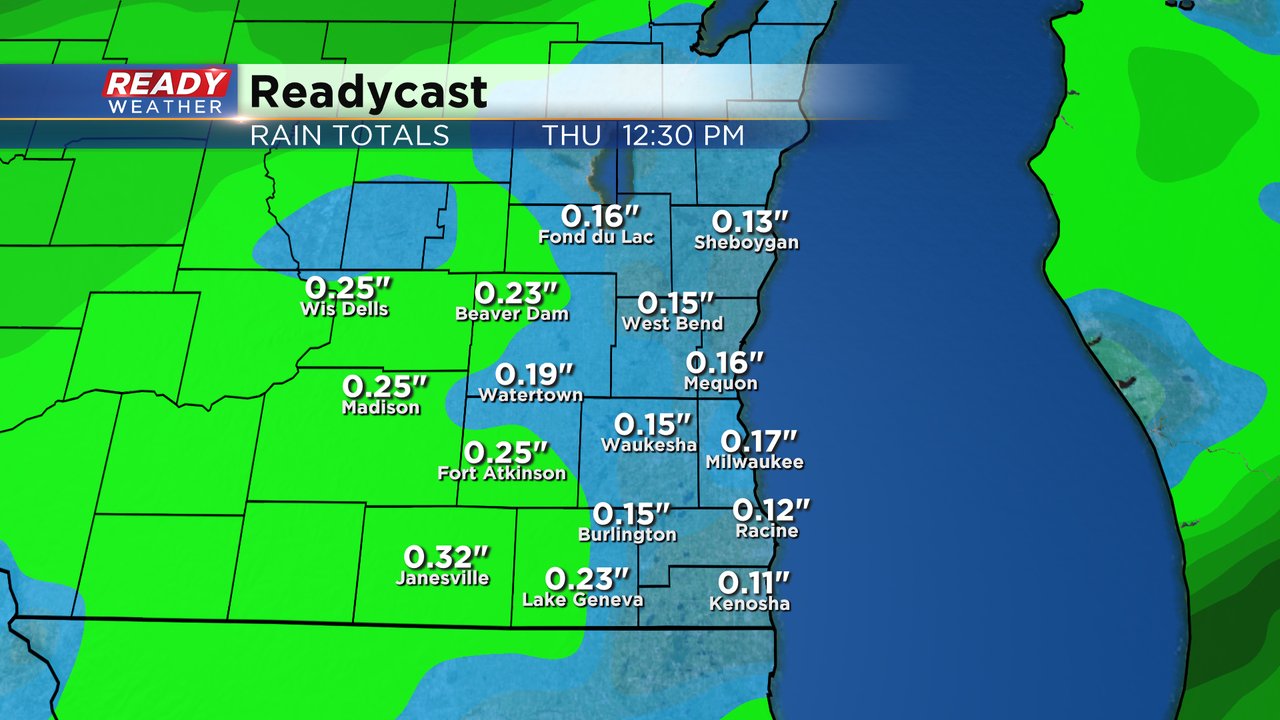 Even with some rain showers Wednesday it's still going to be a very warm day with highs reaching the 60s. There won't be as much of a lake influence today but some lakeside spots may still stay in the upper 50s. Most of southeast Wisconsin has seen their first 60s of the year on Monday and Tuesday but areas like Sheboygan, Racine and West Bend are still waiting for their first 60s. 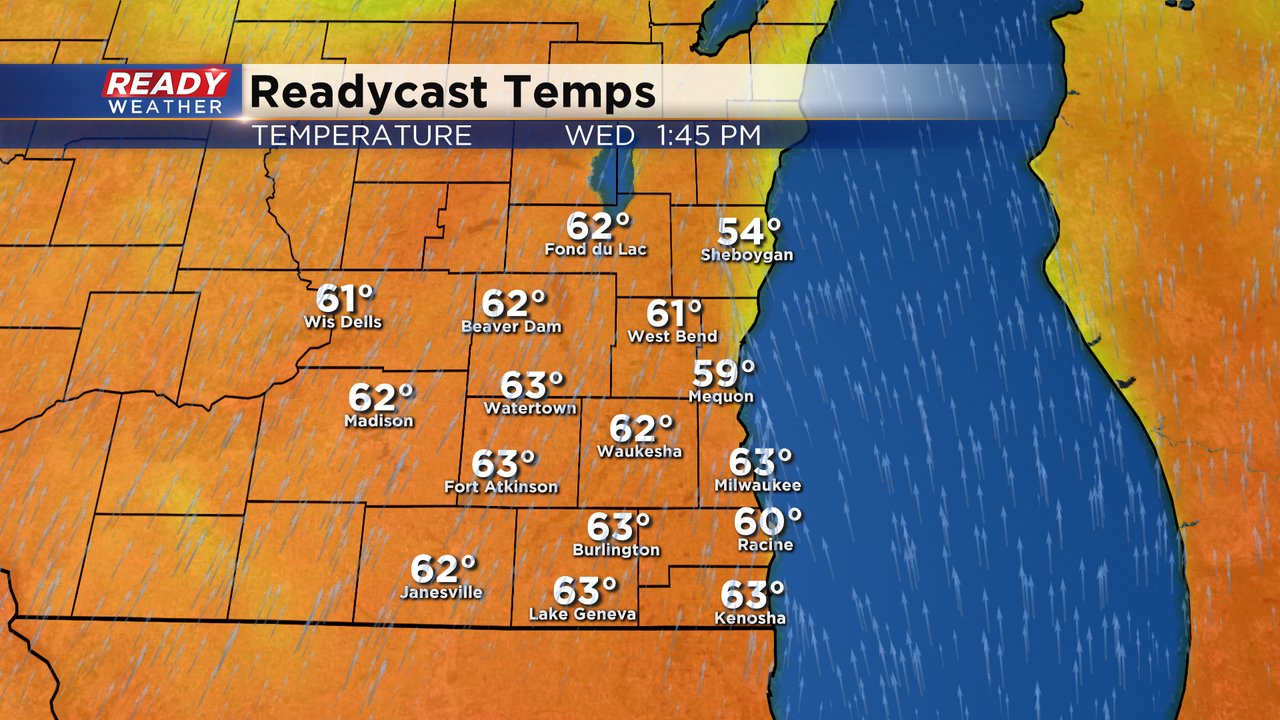 We are on record watch today for two records. The first is the record warmest low temperature for Wednesday which is 43* set back in 1879. So far the low Wednesday morning is around 50* in Milwaukee and it doesn't look like temperatures will drop until the cold front rolls in later this evening. The timing of that cold front is a little in question but temperatures will likely stay above 43* before midnight. The other record is the record high of 68* also set in 1879. The current forecast high is 64* so we will get close to the 130+ year record. 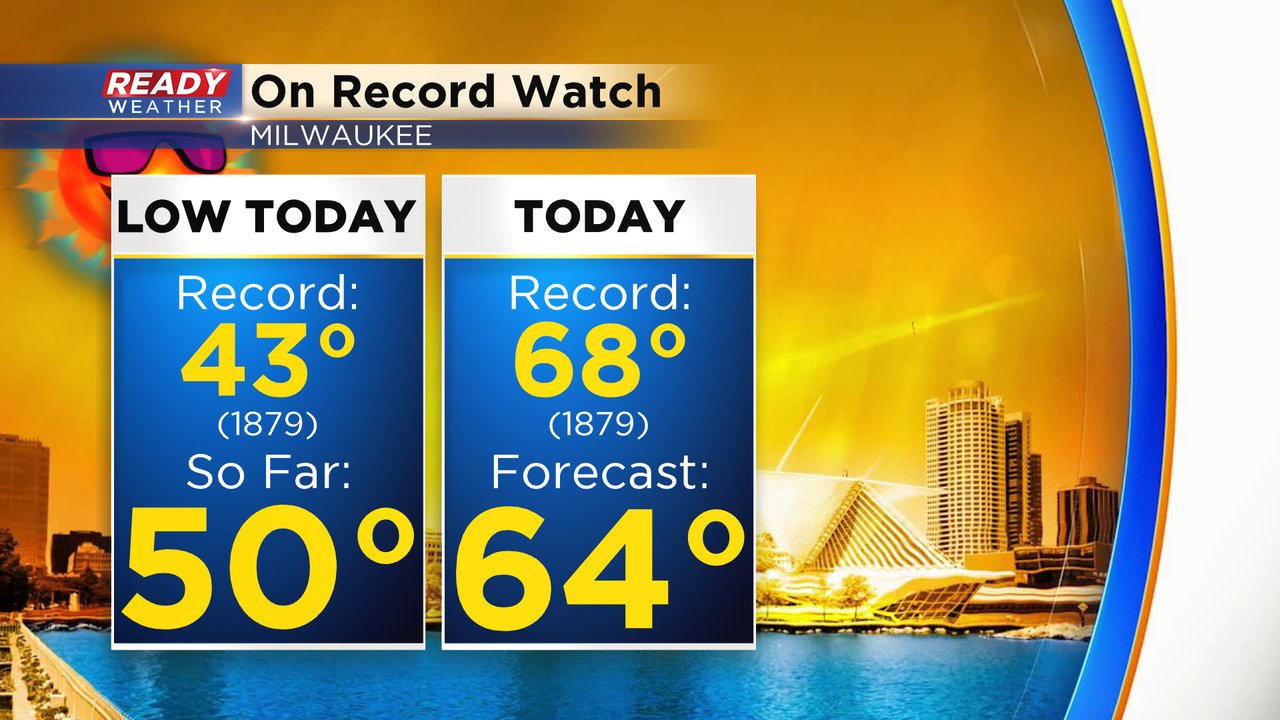 In addition to the warm and showery day, it will also be very windy. Wind gusts so far Wednesday morning have already gusted to 30 mph and wind gusts during the afternoon and evening could get as high as 40 or 45 mph. The wind will stay strong for most of Wednesday night and Thursday and won't start to get light until Thursday night and Friday. 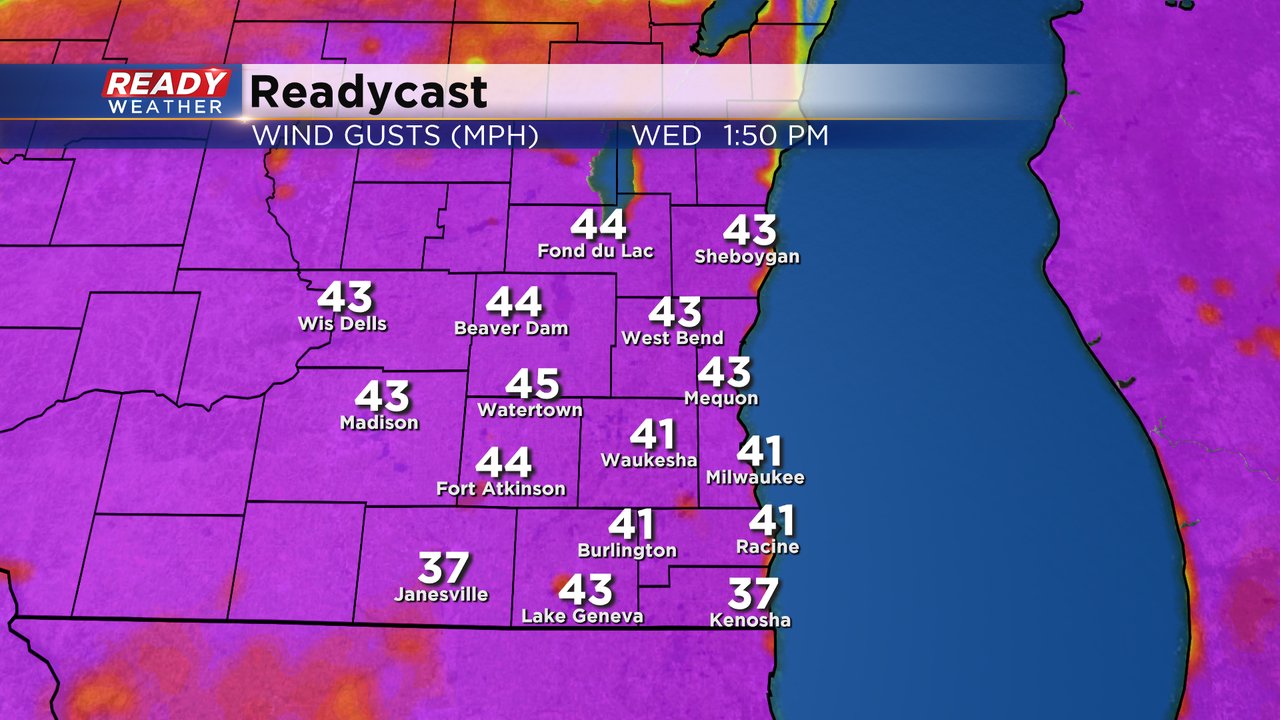 Download the CBS 58 Ready Weather app to track any rain with the interactive radar and how close we get to record temps.