The heat is back! After some cooler days over the weekend the heat is rolling back into southeast Wisconsin. Temperatures by Monday afternoon reach into the 90s. Tuesday will be even warmer with some communities getting close to 100*! The heat will break slightly on Wednesday with highs in the upper 80s then stay warm in the 80s through the weekend. 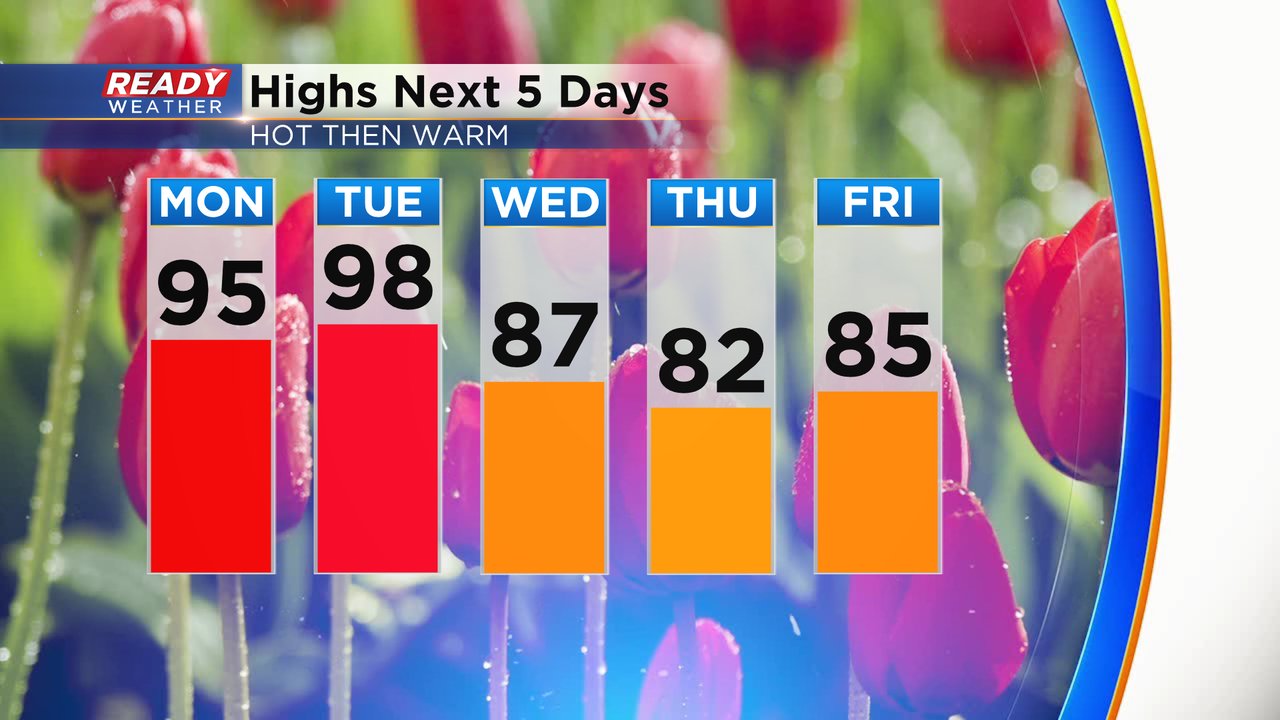 The forecast high on Monday in Milwaukee of 95* is only four degrees away from the current record of 99*. The record for Tuesday is warmer at 101* set in 1988 but the forecast is also warmer with highs reaching the upper 90s. 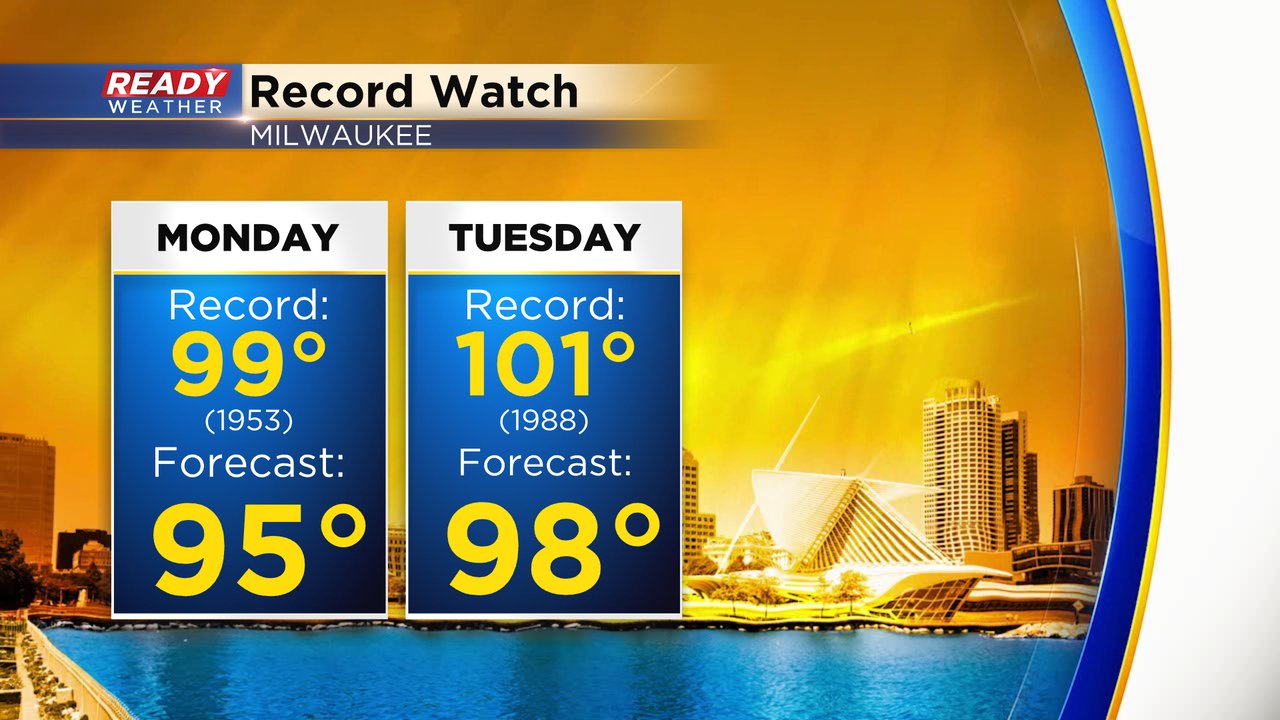 We average a day in the 100s about every nine years in southeast Wisconsin and we are overdue. The last time we hit the 100s was July 4, 2012. We've already had three days this month in the 90s and we likely see at least two this week. 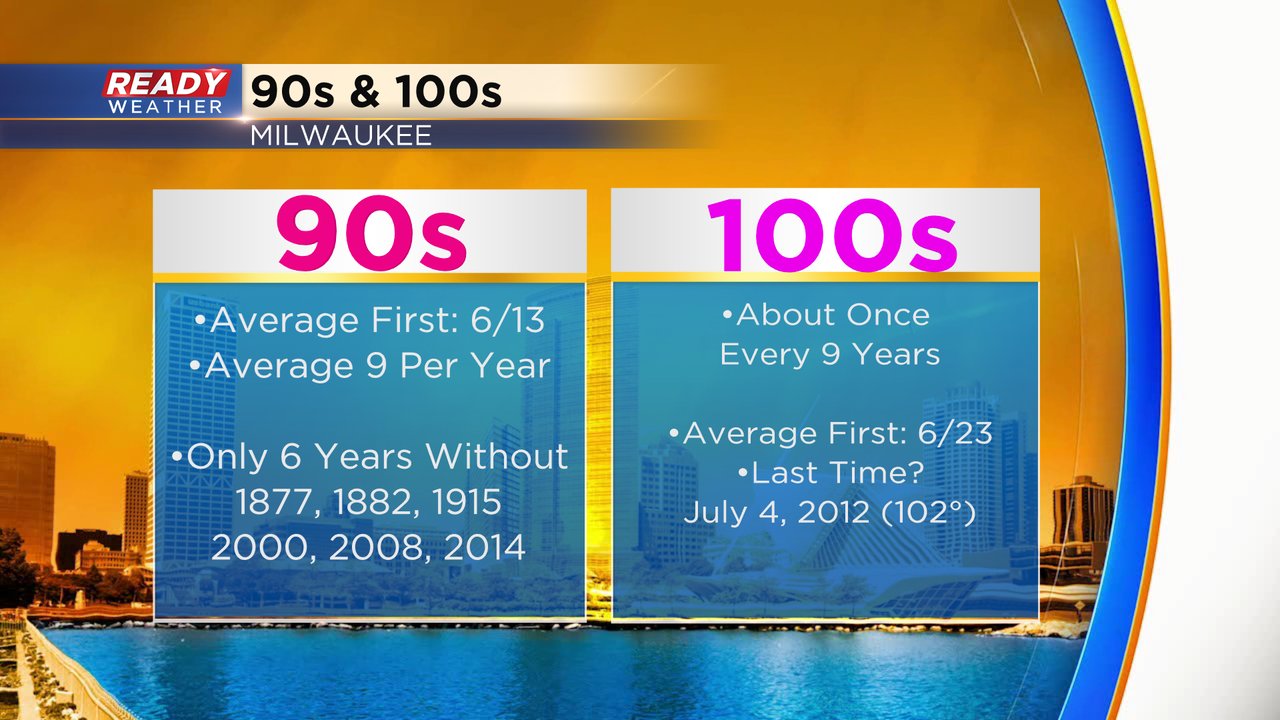 Dew points on Monday will rise into the low 60s. You will feel some of humidity but not as bad as what it's going to be Tuesday with dew points hitting 70*. The tropical level humidity is short lived with a weak cold front Tuesday evening that drops dew points to around 60 by Wednesday. 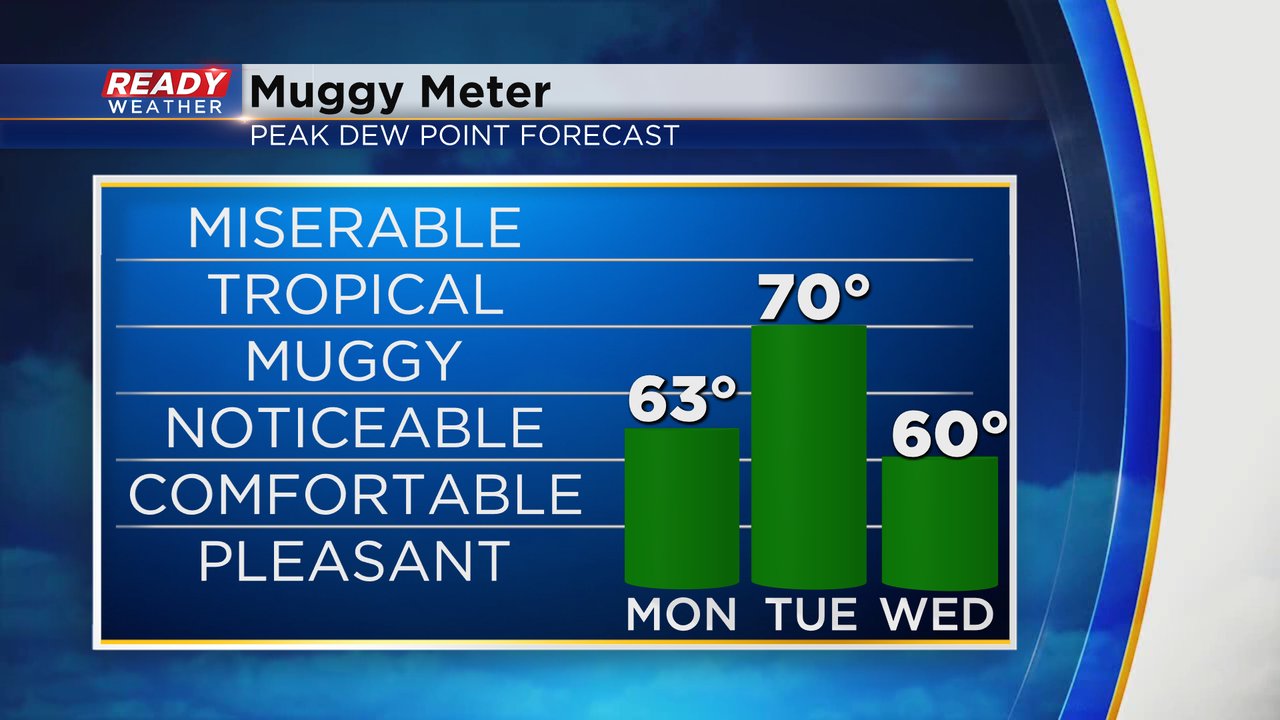 The heat and humidity will combine for feels like temperatures in the upper 90s on Monday and 100s on Tuesday. 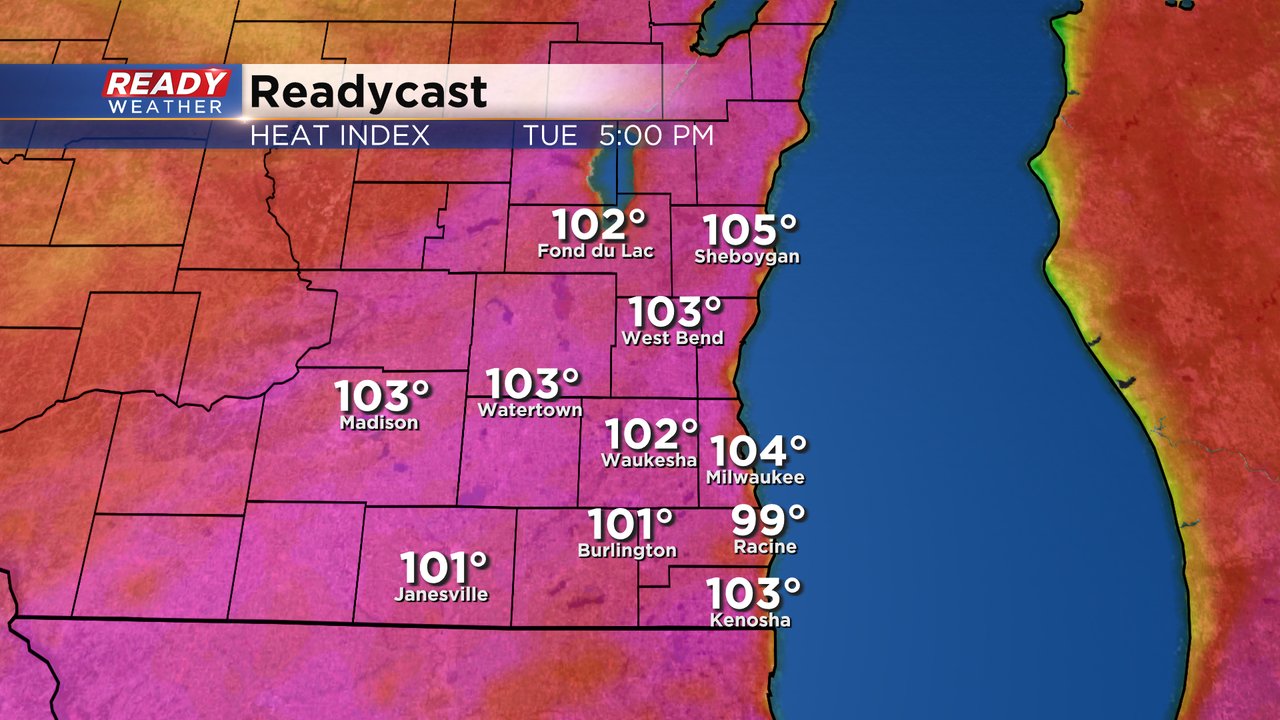 With a lack of high humidity on Monday no heat advisory will be issued for Monday but an advisory is likely on Tuesday with triple digit feels like temps. Heat advisories and even heat warnings have been issued to our west. 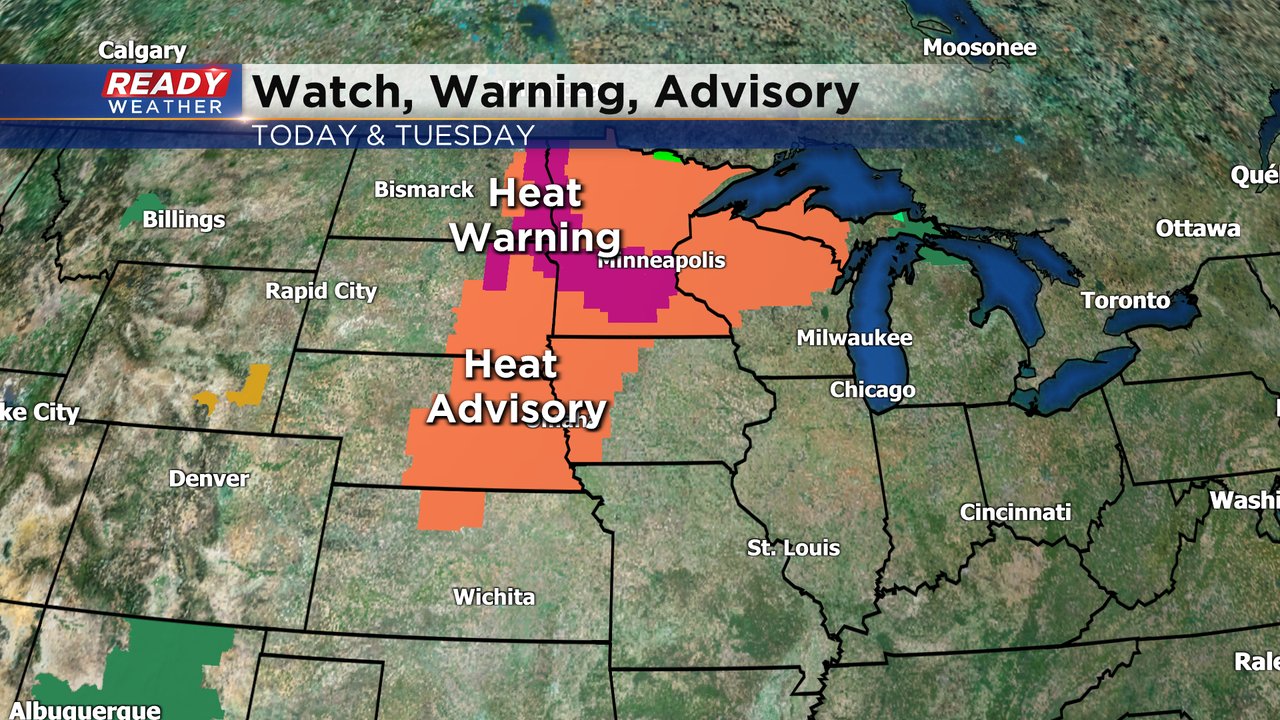 Download the CBS 58 Ready Weather app to track the heat where you live.