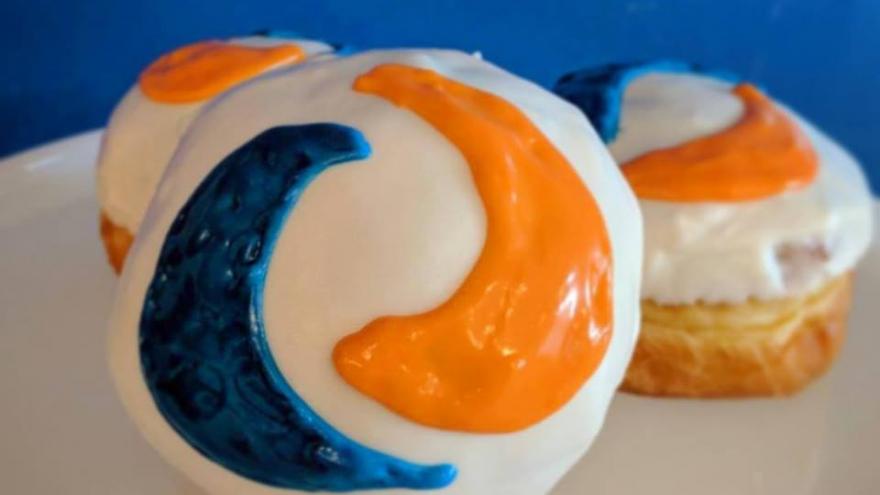 CAROLINA BEACH, N.C. — (FOX 8 VIA CNN) A North Carolina donut shop created a Tide Pod you can actually take a bite out of.
Wake N Bake Donuts in Carolina Beach created Tide Pod donuts to counter a disturbing social media trend where people post videos of themselves eating the pods.
The shop posted pictures of the Tide Pod donut on Facebook Sunday.

The post read, “One of our Millennial employees (Caitlin) decided to take a moment to teach they (sic) youth the difference between what to eat and what not to eat. This is a Donut….you can eat this! Tide is for laundry silly. Available at our Carolina Beach location today!”

A college student in Utah was taken to the hospital over the weekend after ingesting a Tide Pod. A call came in late Saturday afternoon about an incident at on-campus housing, according to Eric Warren, director of media relations at the university.

Campus police initially called it a “Tide Pod overdose,” but Warren said the student in question ingested a Tide Pod. Additional details about the student’s condition are unknown.

Tide’s parent company, Proctor and Gamble, has released numerous statements about the danger over the last several weeks.