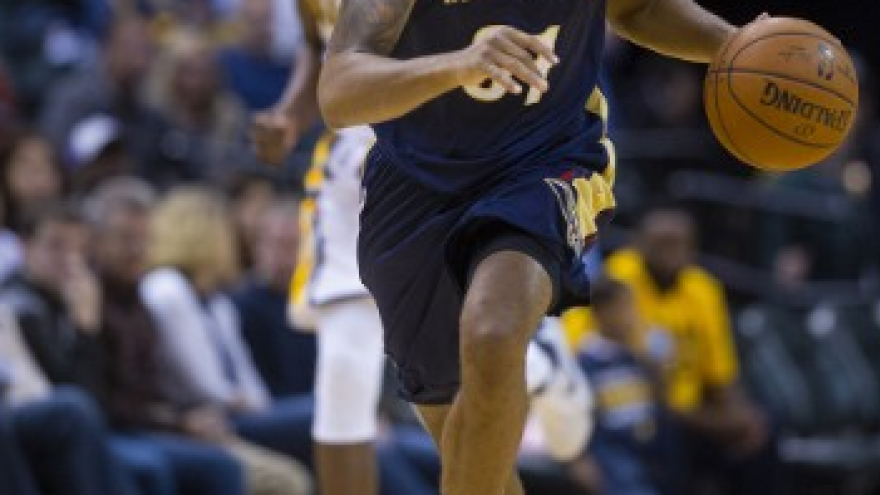 A Dallas resident told police he heard someone enter his apartment by kicking open the front door, Black said in a statement. The resident said "he called out to the individual, but was not answered," and when the resident's bedroom door was kicked open, the resident fired his gun, police said

Dejean-Jones was struck and collapsed in the breezeway. He was transported to a local hospital where he died from his injuries, Black said. It's not known if any charges have been filed.

"It is with deep sadness that the Pelicans organization acknowledges the sudden passing of Bryce Dejean-Jones," the Pelicans said in a statement. "We are devastated at the loss of this young man's life who had such a promising future ahead of him. Our thoughts and prayers are with Bryce's family during this difficult time."

Dejean-Jones was not drafted by the NBA but was signed by the Pelicans in February andplayed in 14 games for the team before a broken wrist ended his season. He averaged 5.6 points, 3.4 rebounds and 1.1 assists in 19.9 minutes per game.

Prior to joining New Orleans, Dejean-Jones played for the Idaho Stampede in the NBA Development League.

Dejean-Jones, a native of Los Angeles, played for Iowa State during the 2014-15 season and was fourth on the team in scoring, averaging 10.5 points per game while playing in 33 games,the Iowa State website said.

"This is a very, very sad and tragic day for everyone that's a part of the Cyclone Basketball family," Iowa State head coach Steve Prohm said. "Our thoughts and prayers go out to all of Bryce's family at this difficult time. I also ask that you keep Bryce's current and former teammates and coaches in your prayers as well."