MILWAUKEE (CBS 58) -- Kareem Abdul-Jabbar returned to the city where he began his hall of fame NBA career to look at the Bucks' new digs.

Kareem was impressed by the arena which is now 80% complete.

"One of the best ones I've ever seen and we're just now in the imagination stage. The most impressive thing about the new arena is how they've thought out everything as far as making it comfortable and enjoyable for the fans. They are going to have a great time."

He believes it will not only rev up the economic engine downtown but bring people from all walks of life together.

"We have people of different ethnicities and backgrounds, they can come down here to a place like this and enjoy a basketball game. It's something they all share and I think that's a wonderful thing for the city and the state of Wisconsin."

"I had the good fortune of playing with Magic. They have the same basic kind of skills and court vision. They are similar in that sense. Giannis is a leader and that's really what you need out there on the court. Somebody that gets the guys motivated and keeps them on the same page. He's been doing a great job with that."

In addition to touring the new arena, he spent part of his afternoon answering questions from AmeriCorps members from City Year Milwaukee.

The young people work as mentors, tutors, and role models at some of the city's underperforming schools. At one point, Abdul-Jabbar talked about the inspiration he got from Muhammad Ali years ago when the boxing champ resisted fighting in Vietnam. 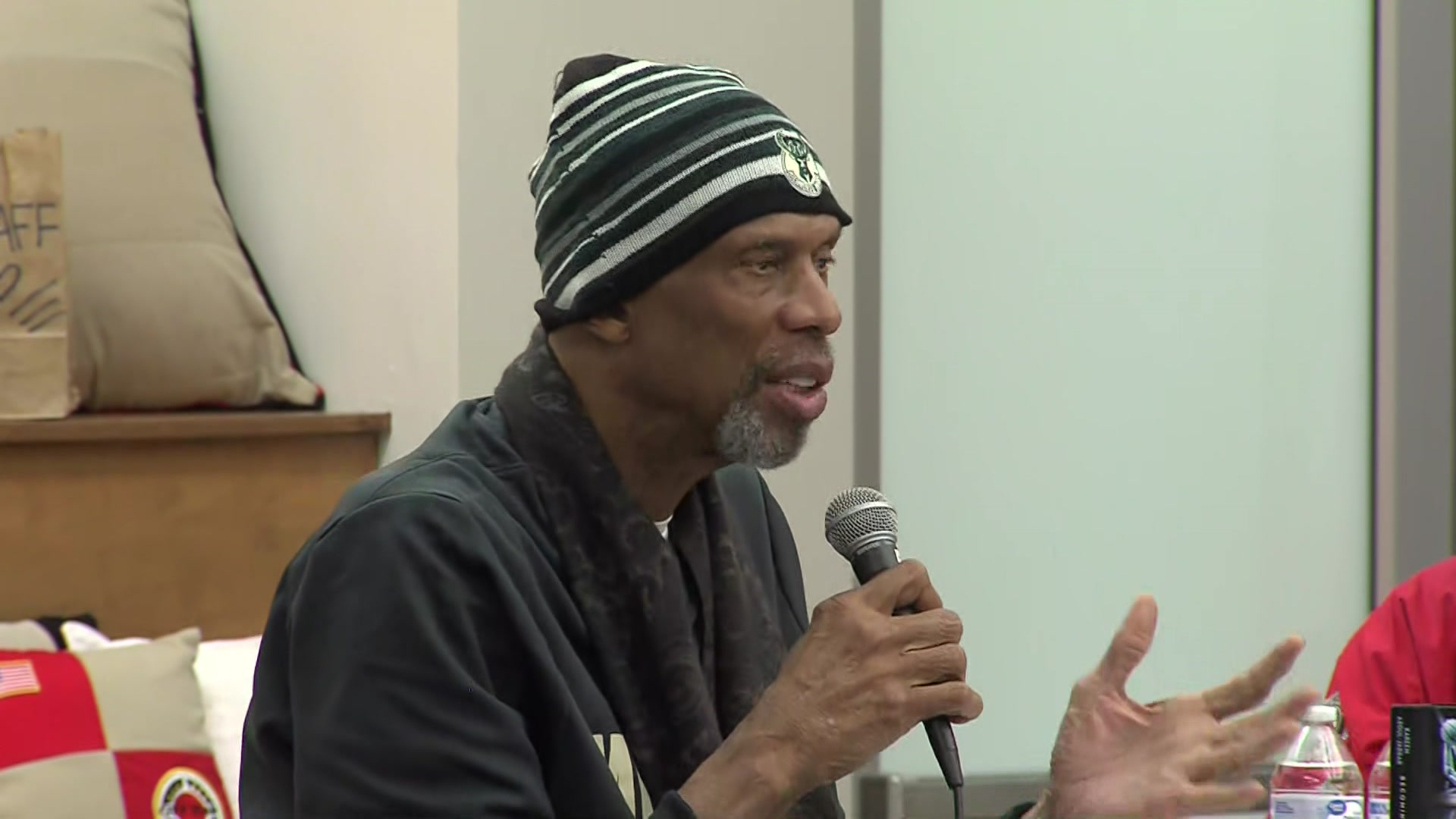 The appearance was part of the Milwaukee Bucks' involvement in National Mentor Month.