National Security Will be Focus of CBS Democratic Debate 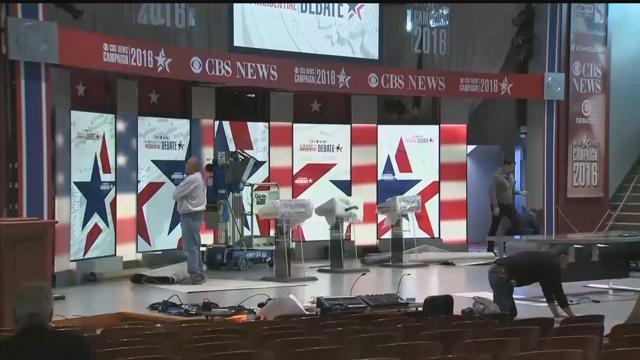 CBS moderators say the attacks on Paris and national security will now be a main focus in Saturday's democratic debate.

All three candidates have a stance on how they plan to battle ISIS and keep America safe. Audiences will likely here an extended version of those plans during the debate.

On Saturday Hillary Clinton and Martin O'Malley posted on social media about the attacks. Clinton said United States needs to stand side-by-side with France and its allies to wage war and win against terrorism and extremism. O'Malley said he's encouraging people to ignore hateful generalizations about Muslims.

While other issues will be covered, the chair of the democratic national committee tells CBS 58 the attacks on Paris will dominate the early part of the debate, "CBS and the DNC have communicated and they indicated and we agreed that they wanted to focus on national security in light of the terrorist attacks for the first 20 or so minutes. They communicated with the candidates as well and then we moved forward."

Debate coverage starts at 7:00 PM on CBS 58 with the debate itself beginning at 8:00 PM and lasting for 90 minutes.

CBS 58 will have live coverage and reaction following the debate on CBS 58 News at 10:00 PM.