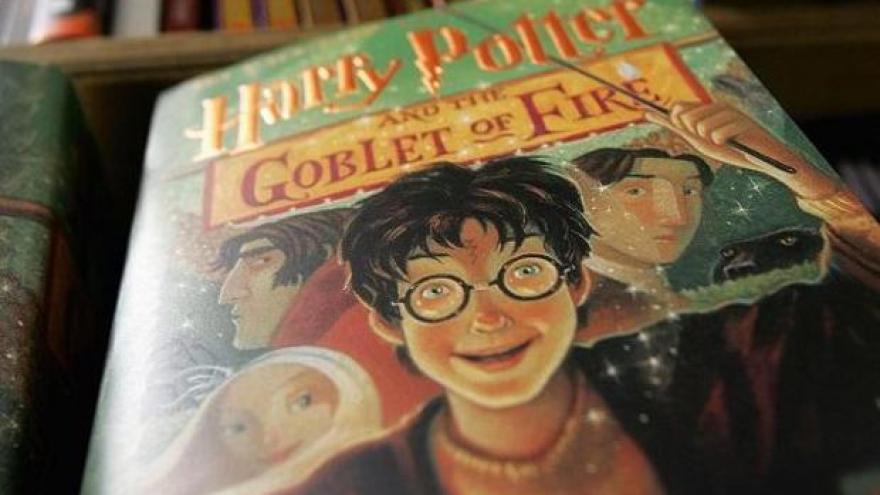 NASHVILLE, Ten. (CBS NEWS) -- A Catholic school in Nashville, Tennessee has banned the "Harry Potter" series because a reverend at the school claims the books include both good and evil magic, as well as spells, which, if read by a human can conjure "evil spirits," according to the Tennessean.

The publication obtained an email from Rev. Dan Reehil, a pastor at Saint Edwards Catholic School parish, which was sent to parents. "These books present magic as both good and evil, which is not true, but in fact a clever deception," Rev. Reehil said of the seven-part "Harry Potter" book series.

"The curses and spells used in the books are actual curses and spells; which when read by a human being risk conjuring evil spirits into the presence of the person reading the text," the email continues.

Reehil explains in the email that he has consulted several exorcists in the U.S. and Rome, and it was recommended that the school remove the books, the Tennessean reports.

CBS News has reached out to the school district for comment. The Tennessean says Rev. Reehil is out of office until Wednesday, but Rebecca Hammel, the superintendent of schools for the Catholic Diocese of Nashville, confirmed Reehil did indeed send the email.

The pastor made the decision after receiving an inquiry from a parent, Hammel told the Tennessean. While the Catholic Church does not have an official position on the magical book and movie series, "each pastor has canonical authority to make such decisions for his parish school," Hammel said. "He's well within his authority to act in that manner."

The original "Harry Potter" books, written by J.K. Rowling, were published between 1997 and 2007. The eight "Harry Potter" films were released between 2001 and 2011. The franchise has also spurned an amusement park, a Broadway show, and several related works written by Rowling.

The popular young adult series explores the wizarding world, in which the titular character, Harry Potter, and his friends, Hermione and Ron, live. While studying at Hogwarts, a school for budding wizards, the three best friends go on spell-binding and fantastical adventures.

The film and book series received phenomenal global success, and have also sparked international debates over the past two decades.

The view that "Harry Potter" is a threat to religion is not a new concern, as columnist Daniel Nexon wrote in New Republic in 2007. At that time, the final installment of the book series was being published, and the fifth film had just premiered.

Nexon explained that the series churned debates in France, Sweden, Turkey and Russia, and "to many religious conservatives, 'Harry Potter' represents yet another assault by the mass media, public institutions, and other manifestations of secular culture against their traditional values."

The scholar and columnist writes that some Christian critics believe the Bible makes "makes clear magic stems from demonic sources," and "Harry Potter" may seduce children away from the religion and "into occult practices."

This belief has been manifested in "Harry Potter" bans before. In 2006, a Georgia mother asked the Gwinnett County Board of Education to ban the books because of the "evil" within them.

The series was on the The American Library Association's list of most challenged books for at least three years, from 2001-2003. That means that it was one of the most