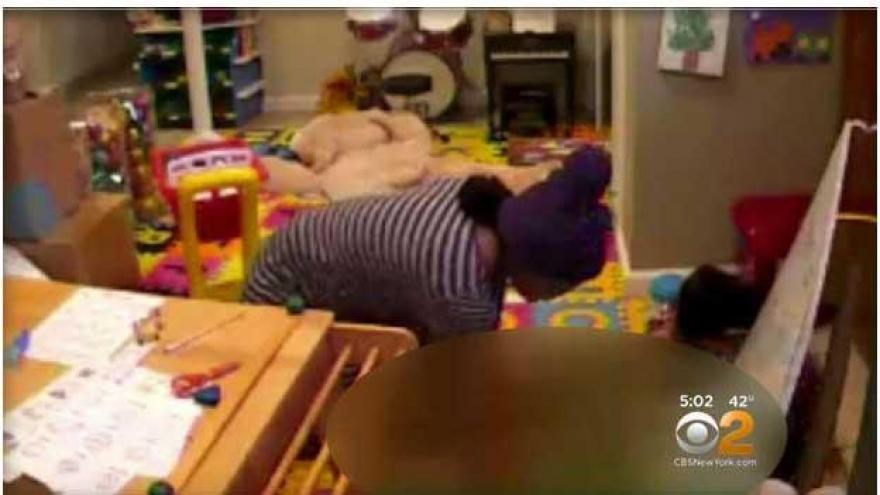 MINEOLA, New York (CBS NEWS)-- A New York nanny allegedly burned a toddler in her care with a curling iron in an assault captured on a “nanny cam,” reports CBS New York.

Police said the nanny – Nosipho Nxumalo, 21 – used the curling iron as a weapon to punish and discipline 3-year-old Alexander “Xander” Persuad in the Thursday attack at the family’s Mineola home. CBS New York reports the child told his parents the woman had burned him, so they reviewed footage from a “nanny cam” they had placed in the boy’s playroom.

“She pulled out the curling iron several times. She heated it up,” the victim’s mother, Angela Persaud, told the station. “You see her showing him that it’s going to be hot, and, ‘I’m going to use it on you.’ You see her yelling at him. You see her grab him a few times.”

In the video, obtained by CBS New York, the boy can be seen flinching as Nxumalo allegedly burns his feet and hands. Nxumalo was arrested Friday and charged with assault, endangerment, and criminal possession of a weapon.

The child’s parents were at work at the time of the alleged assault. The boy reportedly suffered burns.

“It took my husband and me a while to get pregnant in the first place, and he is honestly a gift to us, and I’ve done everything I could possibly do — at least thought I did — to ensure that he has the best life possible, right?” Persaud said. “And to know I allowed someone into my house who was basically torturing my son for a full hour.”

Nxumalo has reportedly pleaded not guilty and told a judge she is innocent.