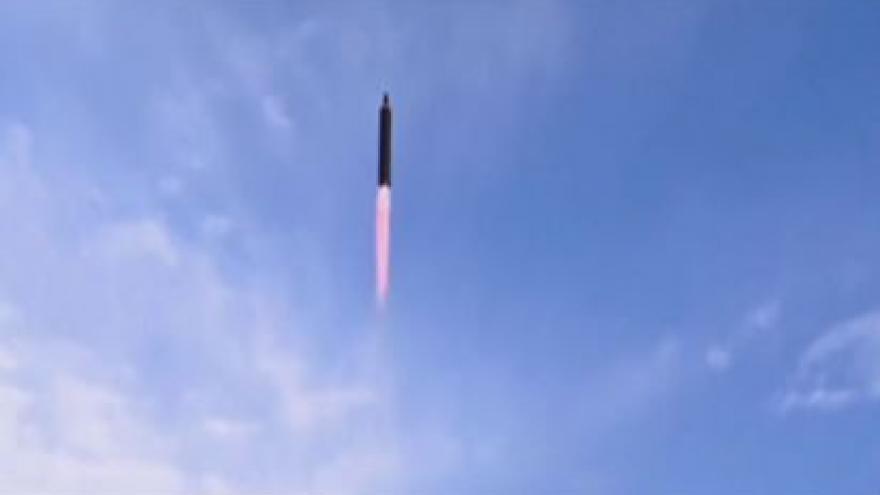 SEOUL, South Korea (AP) -- After 2 months of relative quiet, North Korea launched its most powerful weapon yet early Wednesday, claiming a new type of intercontinental ballistic missile that some observers believe could reach Washington and the entire eastern U.S. seaboard.

In a special state media broadcast hours later, North Korea said it successfully fired a "significantly more" powerful, nuclear-capable ICBM it called the Hwasong-15. Outside governments and analysts concurred the North had made a jump in missile capability.

A resumption of Pyongyang's torrid testing pace in pursuit of its goal of a viable arsenal of nuclear-tipped missiles that can hit the U.S. mainland had been widely expected, but the power of the missile and suddenness of the test still jolted the Korean Peninsula and Washington. The launch at 3:17 a.m. local time and midday in the U.S. capital indicated an effort to perfect the element of surprise and to obtain maximum attention in the United States.

In a government statement released through state media, North Korea said the Hwasong-15, the "greatest ICBM," could be armed with a "super-large heavy nuclear warhead" and is capable of striking the "whole mainland" of the United States. The North said the missile reached a height of 4,475 kilometers (2,780 miles) and traveled 950 kilometers (590 miles) before accurately hitting a sea target, similar to the flight data announced by South Korea's military.

It said leader Kim Jong Un after the successful launch "declared with pride" that the country has achieved its goal of becoming a "rocket power." State TV said Kim gave the order on Tuesday and broadcast a photo of Kim's signed order where he wrote: "Test launch is approved. Taking place at the daybreak of Nov. 29! Fire with courage for the party and country!"

The firing is a clear message of defiance aimed at the Trump administration, which a week earlier had restored North Korea to a U.S. list of terror sponsors. It also ruins nascent diplomatic efforts, raises fears of war or a pre-emptive U.S. strike and casts a deeper shadow over the security of the Winter Olympics early next year in South Korea.

A rattled Seoul responded by almost immediately launching three of its own missiles in a show of force. President Moon Jae-in expressed worry North Korea's missile threat could force the United States to attack the North before it masters a nuclear-tipped long-range missile, something experts say may be imminent.

"If North Korea completes a ballistic missile that could reach from one continent to another, the situation can spiral out of control," Moon said at an emergency meeting in Seoul, according to his office. "We must stop a situation where North Korea miscalculates and threatens us with nuclear weapons or where the United States considers a pre-emptive strike."

Moon has repeatedly declared the U.S. cannot attack the North without Seoul's approval, but many here worry Washington may act without South Korean input.

Click here to read the rest of the article.