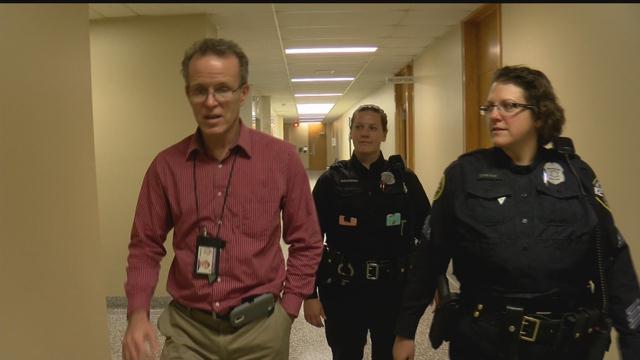 It's a case that stands out for Milwaukee Police Officer Anna Kulenovic. It involves a young mother of five trying get out of a bad relationship.

"She had a bad boyfriend who felt that he could beat her up," she said. "I went and took the initial call, when her children called police screaming that mom was getting beat up, mom was getting hurt."

It can be domestic violence, a shooting or car crash, experts said witnessing trauma impacts a child's future, especially if it's ignored or accepted as the norm.

"I don't want people to look at a child who's been traumatized and predict they're going to be a future violent offender," said Steve Dykstra, PhD.

But Dykstra says many who are, have been severely traumatized as children. Others may be moody, volatile or do poorly in school.

He said a psychological injury should be treated and healed like any physical injury.

"Nobody should have to worry that we're going to come out and judge them or refer them to child protective services or anything like that," he said.

Instead, the Mobile Urgent Treatment, or MUT Team, provides counseling or just someone to talk to. Since the collaborative effort started about eight months ago, more than 100 families and their children have been helped.

Dykstra, the team's director, said Milwaukee police officers refer children in crisis to a trained clinician, who then meets with families to help them recover.

"Maybe it's just one time and if it helps them get through that and have a happy health life, it's a win, for everyone," said Milwaukee Police Sgt. Annemarie Domurat.

Officer Kulenovic can't imagine how the mom of five would have survived without this program, but thankfully she doesn't have to.

"She's doing good, she had moved on and moved out," she said.

The MUT Team is modeled after a similar program in New Haven, Connecticut.

Right now, the program is only in police district seven, serving about 110,000 people. Officials hope to eventually expand it city-wide.