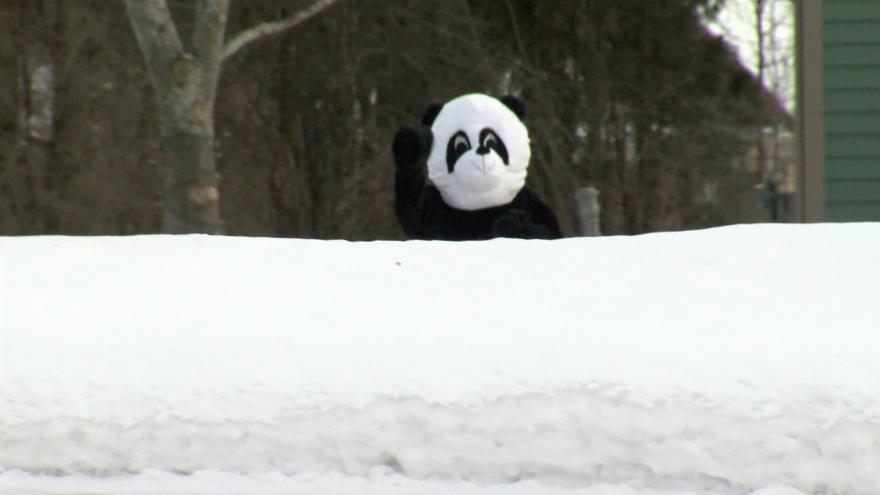 MUSKEGO, Wis. (CBS 58) -- A Muskego resident called police to report seeing a panda bear at the front door of a nearby residence.

The caller thought it was suspicious seeing as how panda bears are not native to Wisconsin.

Officers responded to the home and made contact with the 48-year-old panda bear who was later identified as a Muskego resident in a costume.

According to police, the man was dog sitting for his friends and he thought it would be clever to arrive at the home in a costume in order to prank them. The man told police that the homeowners have video surveillance at their front door.

Police made contact with the homeowners who verified that the panda was allowed at their home.