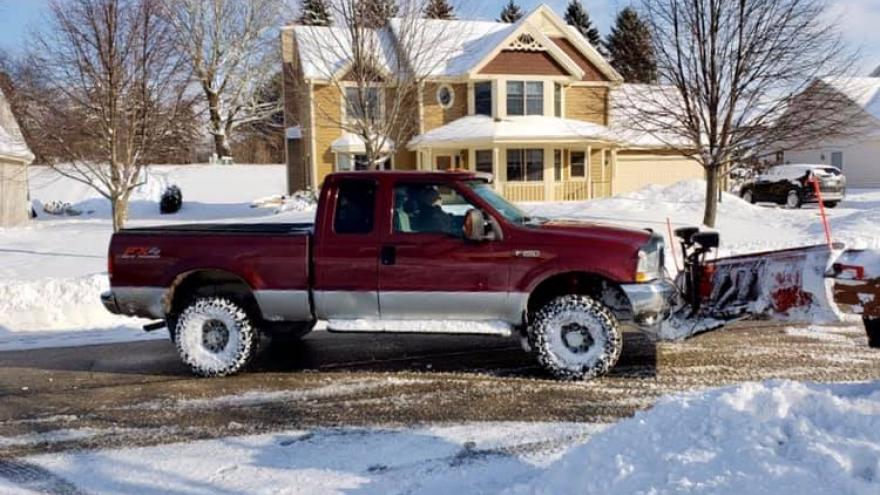 MUSKEGO, Wis. (CBS 58) -- Muskego Police say they have located the plow driver and gave him a "stern talking to."

The victim in the case has decided to not press charges.

MUSKEGO, Wis. (CBS 58) -- Muskego Police are warning residents of a "do-gooder" offering to plow driveways that is actually running a scam.

According to police, the man is known to clear driveways without asking and then demand payment. If residents don't pay him then he plows the snow back in.

Police took a report from a 15-year-old who the "do-gooder" demanded $25 from.

Photos provided to police have the license plate covered with snow so police are looking for his identity so they can have a chat.