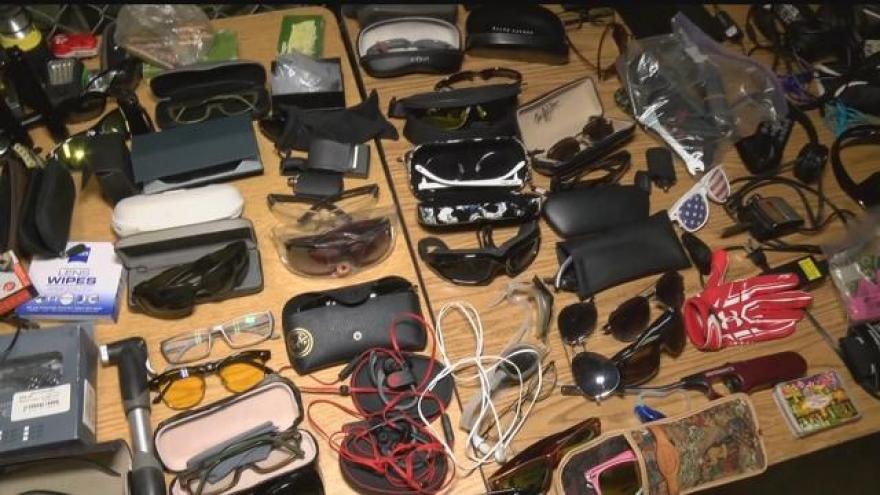 Muskego Police have recovered a big haul of stolen items and now they're looking for the owners.

But it's no small task.

Officers have set up tables In the police department's garage to display the hundred of items - ranging from purses to a machete.

The stolen items are linked back to at least one suspect - a 29-year-old woman who was recently arrested for other burglaries in East Troy.

Detective Stephen Westphal with Muskego police says he believes many of the items are linked to a string of thefts in a Muskego subdivision.

"Based on my training experience, it looks like they were targeting vehicles. And that's where we had a lot of the reported thefts," Westphal said.

"This is property that I actually recovered from the suspect's house and room in cooperation with the suspect's mother," Westphal said.

Detective Westphal says addiction may have been the motivation behind the crime. And while there's a lot of 'leftovers' on the tables, all cash or easily-sold items are already gone.

"It's bittersweet. People come in here and they identify personal items that belong to them. And they feel violated. But they're somewhat happy in getting some of their items back. They don't understand why somebody would do something like this to them," Westphal said.

Muskego police are asking people who have recently burglarized to step forward and see if any of the items belong to them.

The suspect is currently being held at the Walworth County Jail. She also has charges pending in Waukesha County, Westphal said.