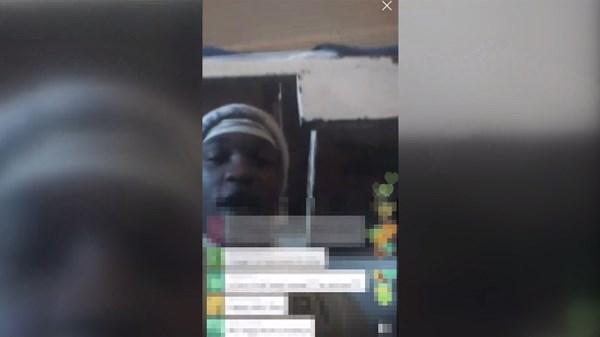 MONTGOMERY, AL (WSFA) - A convicted murderer serving life in an Alabama prison has been living it up online, and the victim's family is furious and calling on the state to put a stop to it.

Devin Williamson, convicted of shooting and killing 25-year-old Jervarin Mushat on Christmas Day 2011, has had a very active presence on social media.

"This ain't comfortable for me to be sitting here watching him like he is having fun. It ain't no fun when your family is dead," said Chiquita Mushat as she watched video of Williamson in prison.

Mushat couldn't believe what she was seeing -- her brother's killer live streaming from inside prison, communicating freely with the outside world.

"He is sitting there acting like he enjoy himself in jail, and my brother I cannot see no more," Mushat said.

Several times he asked viewers to send money to his Paypal account so he could buy food and more data. He even created an account on GoFundMe.com that has since been taken down.

Mushat had some strong words for those supporting Williamson.

"He killed my brother in front of me, his children, my momma, my grandmomma and the rest of my family. That was there, and he did it on Christmas Day. Don't nobody need to be supporting a murderer," Mushat said.

Mushat said, after going through the trial, she thought Williamson was in her past.

"We left this up to the state of Alabama for him to go to Department of Corrections to pay for what he did, but he don't look like he having a hard time," Mushat said.

"I can't imagine what it would be like. First of all to have to go through what they went through and then to have to in affect, relive some of it as they saw these videos," said Department of Corrections Commissioner Jeff Dunn.

Dunn says the Department of Corrections is working to combat contraband, in particular cell phones.

In the video you can see several other inmates also carrying around phones. Dunn says DOC does unannounced inspections, has increased outside patrol, uses dogs to sniff out cellphones, and is working to create legislation and gather funding to get new technology to detect and defeat cellphone signals.

"I bet he is going to stay off of it today because if I ever see him on any type of media again I'm going to do this again and again. I'm going to call Department of Corrections and let them know you need to tighten down on them because he don't need to be down there having that kind of fun because this still ain't no fun," Mushat said.

Dunn says as soon as DOC was made aware of the videos, Williamson was transferred to a higher security facility and an investigation was launched into anyone else involved in the videos and contraband.

DOC asks if you know of any cell phone use or social media activity by inmates, contact the department immediately.