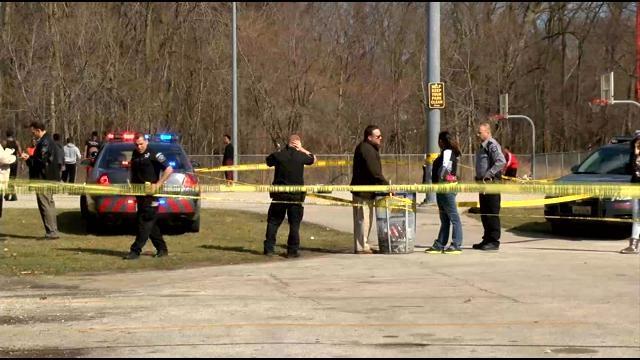 Law enforcement are investigating five shootings and a fatal accident that occurred Saturday.

The first shooting happened at 2:19PM at Lincoln Park. A 22-year-old man suffered a gunshot wound after an argument during a basketball game. The Milwaukee Sheriff's office says the suspect fled in a yellow Ford Mustang. The victim is still in critical condition.

The second shooting occurred at the 4000 block of N. 27th St. at 2:41PM. A man suffered a minor wound while trying to leave a gas station. The victim's car almost collided with another vehicle. The driver of the other vehicle shot at the victim's car and fled.

Around 2:50PM, a 32-year-old man was shot by his 22-year-old relative following an argument after a funeral. The shooter fled but was later arrested by Brown Deer police.

At 3:20PM, a 27-year-old Elkhart man was killed by a drug dealer while trying to buy drugs at 104th and W Kiehnau . An acquaintance of the victim was there at the time of the shooting. Two males, aged 17 and 26, were arrested for the shooting.

The fifth shooting took place at 3:43 near the 3700 block of N. 23rd St. A 19-year-old was walking and was shot by occupants of a passing vehicle. The victim's injuries are non-life threatening.

A fatal car accident happened at 7600 W Good Hope Rd. at 9:40AM. A vehicle traveling southbound on N. 76th street failed to stop at a red light and was struck by a vehicle traveling westbound on W. Good Hope Rd. The passenger of the southbound vehicle , a 66-year-old man, was transferred to a hospital but died from his injuries. Drugs and alcohol are not a factor in the crash.

All investigations are ongoing. If you have any information please contact the Milwaukee law enforcement.
Share this article: