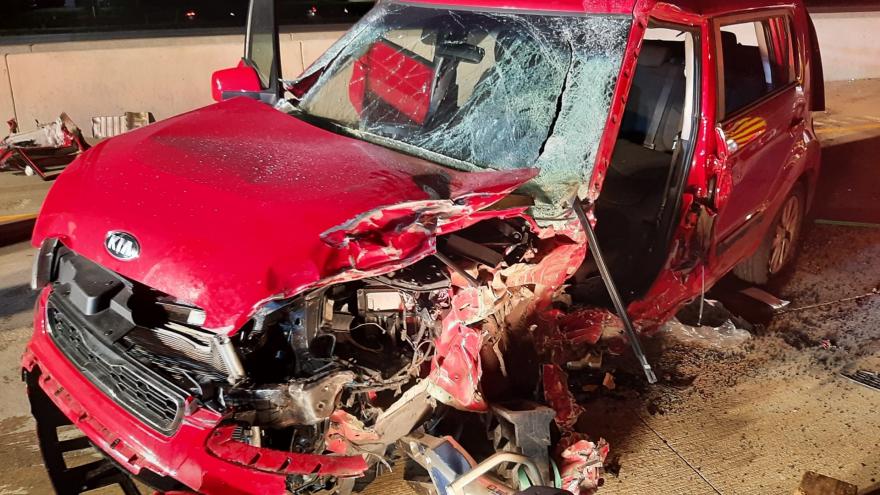 Deputies initially responded to a report of a red vehicle going southbound in the northbound lanes of I94.

According to the Racine County Sheriff's Office, while multiple deputies were en-route to this incident, the Racine County Communications Center was notified that a head on collision had occurred involving the wrong-way driver at mile marker 335 just prior to the HWY 11 off ramp.

Officials say when deputies arrived, they observed the wrong-way driver in a Red Kia Soul with extensive damage and the single operator was entrapped in the vehicle.

The Sheriff's Office says the operator of the wrong-way vehicle is a 30-year-old female from Waukegan, Illinois.

She reportedly sustained severe injuries and required extrication from her vehicle.

Authorities report that the other vehicle involved in the collision, a Chevrolet Equinox, contained multiple occupants who sustained minor injuries.

The Racine County Sheriff's Office said that due to the extensive rescue operation and debris from the accident all northbound lanes of Interstate 94 were closed at CTH KR.

Those lanes were re-opened at approximately 10:30 p.m.

Officials say The operator of the Kia Soul was transported via flight for life to Froedtert Memorial Hospital with severe injuries.

This accident remains under investigation, but the Sheriff's Office believes alcohol is a contributing factor in the accident.