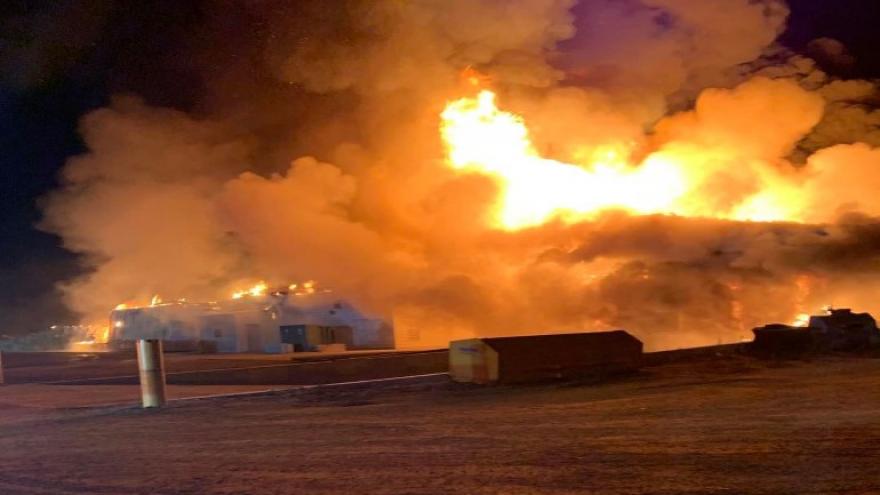 According to a Facebook post from Palmyra Public Safety, it happened in the W200 block of State Highway 59.

Officials say the building is a complete loss.

There were no injuries to citizens, firefighters, and animals.

"We are grateful for the enormous response we received from our MABAS partners," Palmyra Public Safety's Facebook post states.

The department said they will not be releasing more information until either Sunday or Monday.