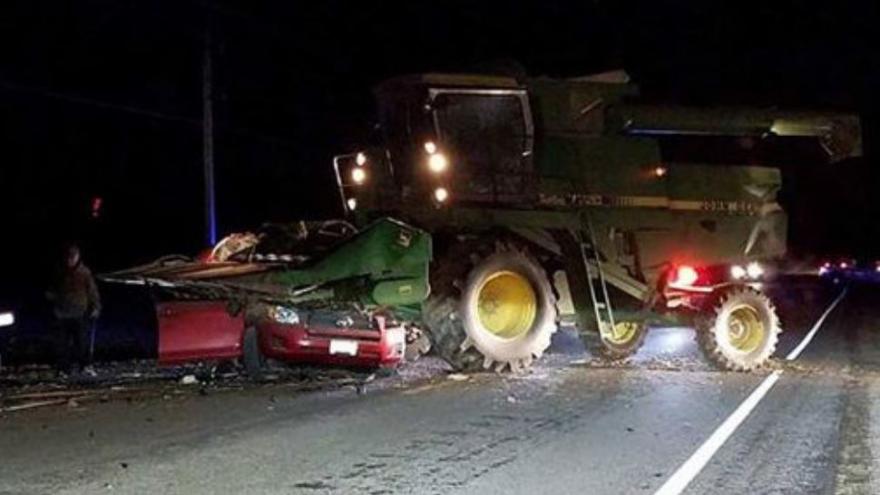 LAKE MILLS, Wis. (CBS 58) The Jefferson County Sheriffs Office has released the identities of the three people who died as a result of the combine vs vehicle collision on Friday evening.

The Toyota Rav4 was being operated by Brian Schantz, 57-years-old, from Cottage Grove.

The front seat passenger in the Rav4 has been identified as Ildred Schantz, 90-years-old, from Honolulu, Hawaii.

The rear passenger has been identified as Alan Schantz, 60-years-old, from Cottage Grove.

All three occupants of the Rav4 were pronounced dead at the scene.

The 74-year-old operator of the combine was not injured.

The investigation continues into the crash.

LAKE MILLS, Wis. (CBS 58) -- An update from the Jefferson County Sheriff's Office confirms that three people died as a result of the crash.

The names of the victims have not been released and an investigation into how the crash happened is still ongoing.

JEFFERSON COUNTY, Wis. (CBS 58) -- Multiple fatalities have been reported after a farming combine and a SUV collided Friday evening.

According to the Sheriff's Office, it happened around 7 p.m. on County Highway B, roughly 1/2 a mile west of Stoney Creek Road in Lake Mills.

There is currently no word what as to what lead up to the crash.