Mr. Bob's Under the Bridge: A lifelong passion to help the homeless

NOW: Mr. Bob’s Under the Bridge: A lifelong passion to help the homeless

MILWAUKEE (CBS 58) -- It's a sound many of us take for granted -- the hot water rushing out of a shower. But Jenny Landowski thinks about it a lot.

"The gratitude that people have after coming out of the shower is...every time I take a shower now, I think about that."

Once a week, she volunteers with Mr. Bob's Under the Bridge.

They bring a four-stall shower trailer to Tippecanoe Presbyterian Church, a warming center for Milwaukee's homeless.

"In my world, we have to make sure our friends know that we care."

"I started out with a little SUV and stuffed it full and went out under the bridges and vacant warehouses, and wherever I could find homeless people," he said.

It's been a passion since he was a little kid.

"We used to walk across the Holton Street bridge and there was always -- I call them my friends, but there were always homeless people that were down there."

So it made sense for him to help. Every Saturday, he and his volunteers go to Kosciuszko Park to hand out hygiene products and food. 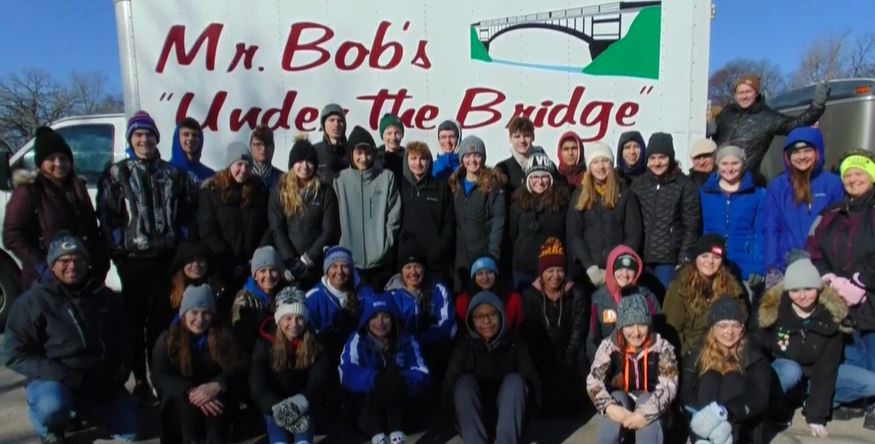 "It's real simple to volunteer for Mr. Bob's, because I have two things. Just open up your heart and show some compassion for the day."

They've had the shower trailer since August, handing out fresh socks and other supplies.

"It's that quiet time to talk with them and see how they're doing and understand."

Compassion and dignity come along with the shower.

"Well, besides, nowadays when we have to wear gloves and keep our distance, normally he greets them with a hug and they're like his friends, and that's what's really cool about him."

Burmeister says they'll need volunteers once the pandemic is over.