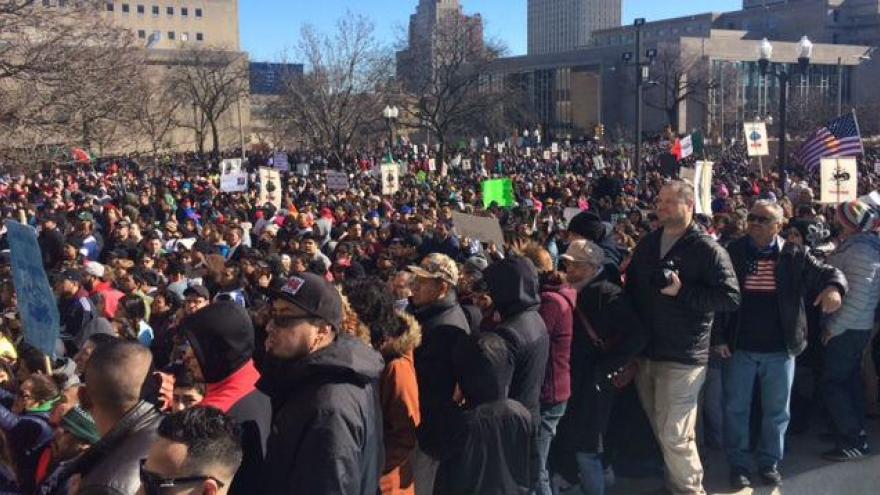 MPS students will have an excused absence to participate in a "Day Without Latinos and Immigrants" March Monday in Milwaukee.

Denise Callaway with MPS tells CBS 58's Michele McCormack that parents permission is required and a confirmed communication allowing the absence is required to mark the absence excused.

Voces De La Frontera organized the march and encouraged workers to leave their jobs, businesses to allow workers to march and student leave school to participate to demonstrate the vital role Latinos and immigrants play in our community.

Organizers says this part of the debate over President Trump's immigration policies and Milwaukee County Sheriff David Clarke's willingness to have deputies assist immigration agents in their local operations.

Once they were assembled at the courthouse, demonstrators sang and chanted.

Many told CBS 58's Amanda DeVoe that they're living in fear about the possibility of deputies acting as immigration agents.

One man traveled from Madison claiming to be a military veteran now facing deportation.

Others say they just hope to get across to the public that they pay taxes on the honest wage they earn.