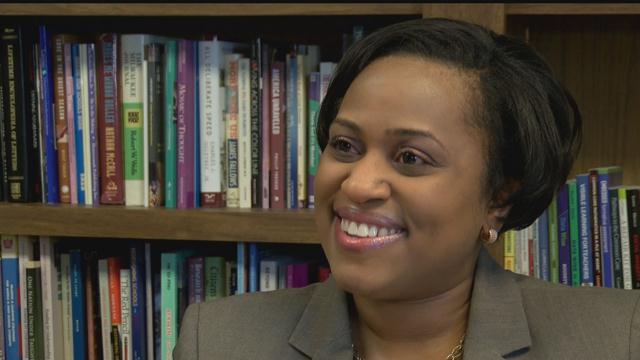 The Milwaukee Board of School Directors this week extended the contract of Superintendent Darienne B. Driver, Ed.D. through 2019, according to a release from MPS.

“Dr. Driver is the type of leader the students of this city need. Her efforts over the past two years have moved the school district forward and are breaking new ground in moving Milwaukee in the right direction for children and families,” said MPS Board President Mark Sain.

“Now more than ever we need to work together to ensure that our young people have the access to the opportunities they need to succeed,” said Superintendent Driver. “I appreciate the board’s confidence and support for the work our team is engaged in as we provide each MPS student opportunity and access to a quality education.”

As a superintendent who values partnerships, Dr. Driver has utilized the research-based Collective Impact Model, which seeks to improve student outcomes by engaging different community, business and other organization in improving school performance. Some examples underway now include six schools in the Community Schools Partnership, workforce development initiatives in agriculture at Vincent High School and culinary arts with the ProStart program at four high schools, the Milwaukee Partnership Schools, and the 5 in 1 Collaborative Partnership at Carver Elementary School.

Under Dr. Driver’s leadership, the district celebrated a number of accomplishments, including:

Prior being named superintendent in 2014, Dr. Driver joined MPS in July 2012 as its first Chief Innovation Officer. Dr. Driver served in key leadership positions in several school districts, including Deputy Chief – Empowerment Schools for the School District of Philadelphia. She began her career as an elementary school teacher in the Detroit Public Schools.