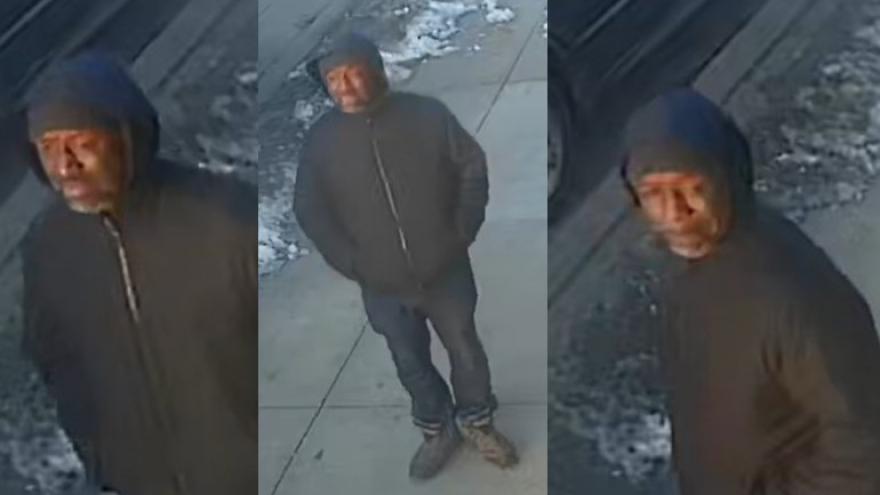 MILWAUKEE (CBS 58) -- Milwaukee police are asking for the public's help to identify a suspect who robbed an elderly victim near 20th and Mitchell Streets on Saturday, Feb. 22.

Police said it happened around 7 a.m.

According to police, the suspect approached the victim and used physical force to obtain money from the elderly victim.

Police describe the suspect as a black male, 45 to 55 years old, 170 to 180 pounds, medium build, with a beard. He was last seen wearing a black hooded jacket, blue jeans and brown work boots.

Anyone with information on this incident is asked to contact the Milwaukee Police Department at 414-935-7360, or call Milwaukee Crime Stoppers at 414-224-TIPS.