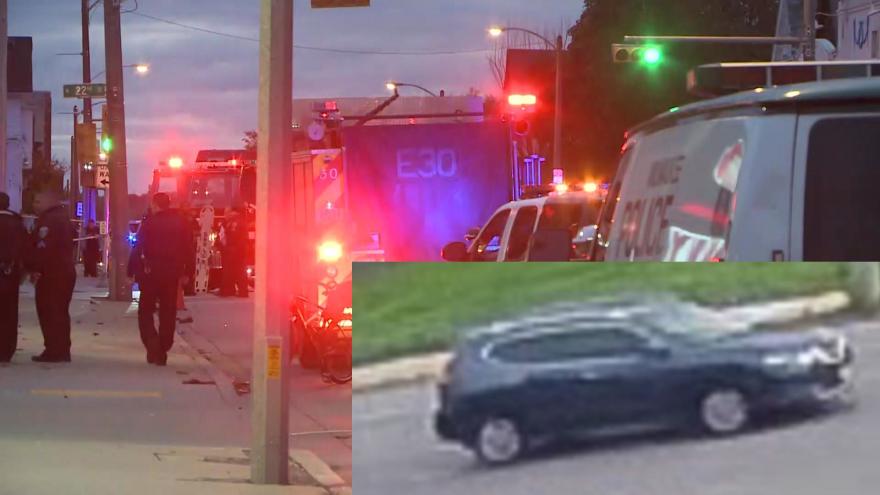 MILWAUKEE (CBS 58) -- Milwaukee police report the occupants of an SUV, struck by a suspect's vehicle involved in a crash that killed two children and injured another, has come forward.

On Oct. 24, police say after hitting the kids near 22nd and Center, the suspect's vehicle spun out and then possibly struck a different vehicle, a blue, four-door SUV.

Police confirm thanks to the community sharing the description of the vehicle, those inside contacted authorities.

MILWAUKEE (CBS 58) -- Milwaukee police released photos of vehicle that was struck by the suspect's vehicle involved in a deadly hit-and-run near 22nd and Center on Oct. 24.

Six-year-old A'Lisa Gee died in the crash. Her 4-year-old sister, A'Mea, died at the hospital on Tuesday night, Oct. 29. Their 10-year-old cousin is still hospitalized.

According to police, the vehicle struck the children, the vehicle spun out and then possibly struck a different vehicle. Milwaukee police are seeking to interview the people of that vehicle which is described as a small, blue four-door SUV with tinted windows, with a body style similar to a Hyundai Tucson.

Anyone with information on this investigation, and the vehicles involved, is asked to contact the Milwaukee Police Department at 414-935-7360 or call Crime Stoppers at 414-224-TIPS (8477).