2 arrested after car flees MPD, crashes into flames near 76th and Hampton

NOW: 2 arrested after car flees MPD, crashes into flames near 76th and Hampton

MILWAUKEE (CBS 58) -- A Milwaukee police pursuit led to a fiery single-vehicle crash on the city's north side.

Three people were taken to the hospital with serious injuries and are expected to survive. Two of them were also arrested after MPD recovered guns and narcotics from the car.

It happened Thursday afternoon, Jan. 20, when MPD attempted a traffic stop. But the driver fled and took off down 76th, eventually losing control and hitting a tree.

Neighbors say it's the latest in a long string of crashes on their block. Jessica Wall heard it from a few doors down and said, "We hear crashes constantly. It's bad down this road, up and down this road."

Wall said of the aftermath, "There were two males. One was sitting on the ground, over here more towards the house. He seemed to be in a bit of distress. There was another man they had on the ground, they were handcuffing him."

Debris littered the street and yard for hours, the grass was scorched, and fluid pooled on the sidewalk.

Jessica says it's the latest of many crashes along that stretch of 76th. Last summer a Jeep crashed through her neighbor's yard, through the bushes, into her front yard, and came to a stop just feet from the house. She said, "If that Jeep had gone probably four more feet it would have been in our front window. It was that close."

And in September 2019, a car crashed into a tree at the other corner of the block; the driver was killed. Jessica said the homeowners moved away. Wall said, "They moved, because they had so many car accidents that happened down at that corner they just couldn't take it anymore."

Though the car caught fire in a yard Thursday, Jessica said no one is living in the home right now. But she added there is a school a few blocks away and children walk the neighborhood.

MPD said the district attorney’s office will handle any criminal charges in the coming days. 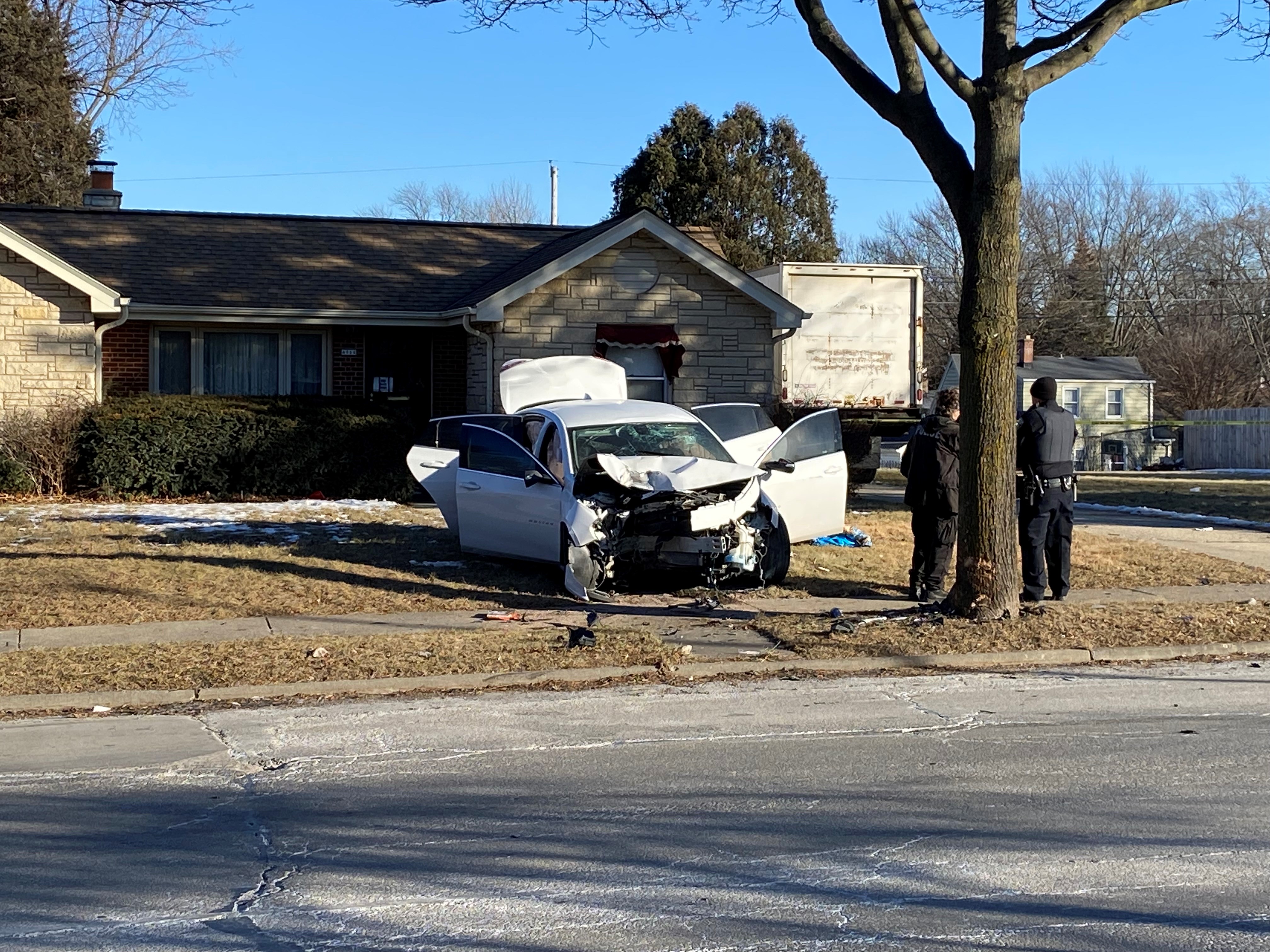