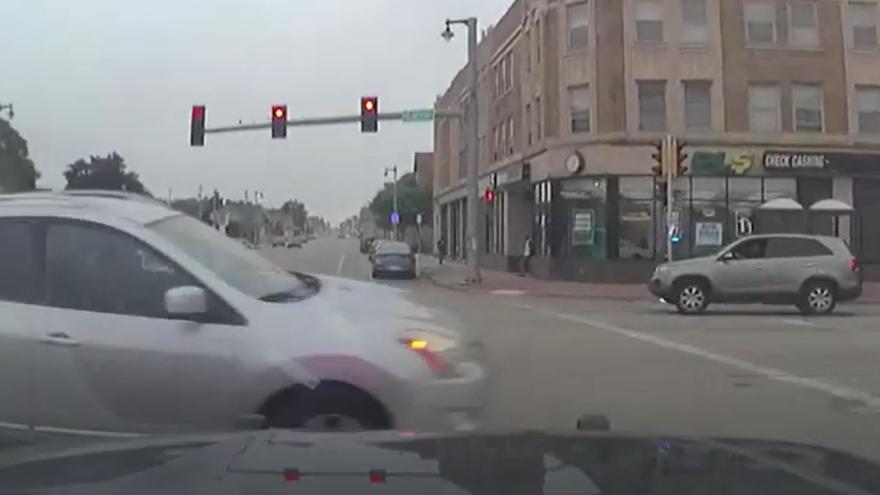 A 54-year-old Milwaukee man was critically injured in the crash after an MPD cruiser slammed into his car while pursuing a reckless driver.

Seven people were injured overall by the chain reaction the crash caused.

MPD released a video Thursday as part of their community briefing series in an effort to promote transparency with the public.

The incident is being investigated by the Milwaukee Area Investigative Team. The Waukesha Police Department is the lead investigating agency.

The officer involved was placed on administrative duty pending the outcome of the investigation.

You can view the community briefing video below. Viewer discretion is advised.