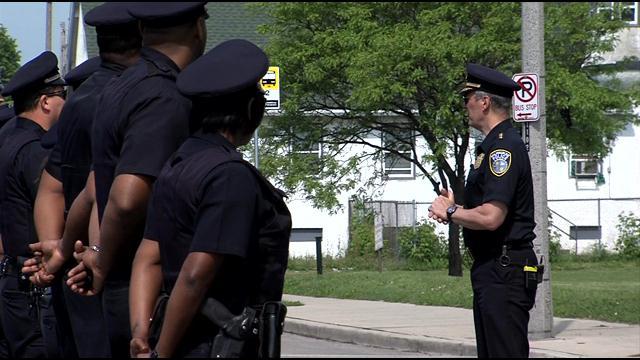 From the very beginning the Hamilton family has said that they want three things: the firing of officer Christopher Manney, charges in Dontre's death, and a meeting with the mayor to discuss changes in the community. Two of those things have now been done.

Mayor Barrett stood in solidarity with the family of Dontre Hamilton. After months of protests demanding justice in Hamilton's death, the city is now taking action.

\"To try to take this tragic loss and translate it into something that is positive for individuals in this community is something that I commend,\" Mayor Tom Barrett said.

The action will come in the form of extensive “crisis intervention team training” for all Milwaukee officers. It includes the ability to identify mental illness, de-escalation tactics, and police bias and stigma training. Nearly 400 officers had already undergone the training, but not the man responsible for Dontre's death, former officer Christopher Manney.

Dontre's brother Nate hopes it will help officers to use their power effectively.

100-percent of the force will have to complete the training by 2017, a demand by Nate Hamilton. An additional 16 hours of yearly training will also be required. Nate applauds the efforts to begin healing police/community relations.

“So that another family might have the chance to see their loved on again after approach by a police officer that has appropriate training, This is a big step in the right direction,” Hamilton said.

A portion of the training will be funded by a $500,000 grant from the Greater Milwaukee Foundation. Training will begin in early spring.