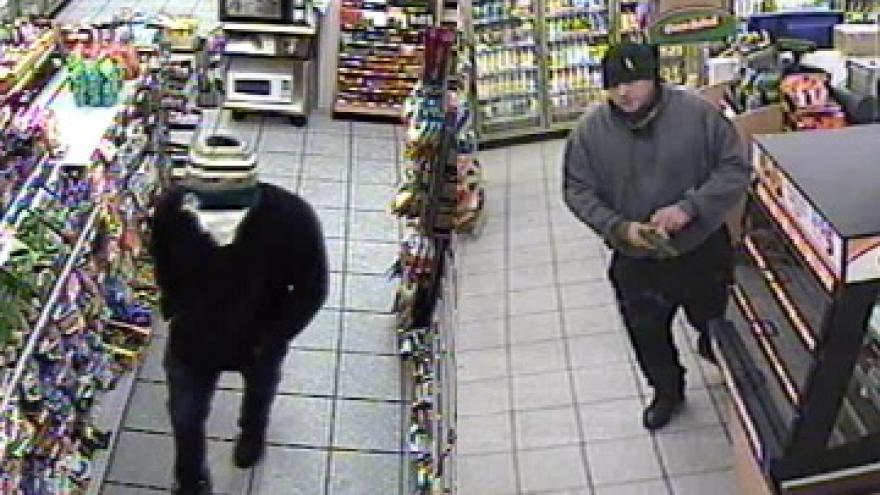 MILWAUKEE (CBS 58) -- Milwaukee Police are asking for the public’s help in identifying two suspects wanted in connection with an armed robbery at the Speedway located at 1300 W. College Avenue, around 2:50 a.m. on Wednesday, October 4.

The suspects entered the store and one of the suspects, armed with a gun, demanded and obtained money. The suspects then fled the scene in a white/light colored two-door vehicle.

The first suspect is described as a white man, between 30 to 40-years-old, around 6’ tall, with a stocky build. He was last seen wearing a black knit hat with a white logo, a gray hooded pullover sweatshirt with a white logo, black pants, and black boots.

The second suspect is described as a black man, around 5’10” tall, with a slim build. He was last seen wearing a knit Green Bay Packers hat, a white scarf over his face, a black jacket, dark jeans, and black shoes.