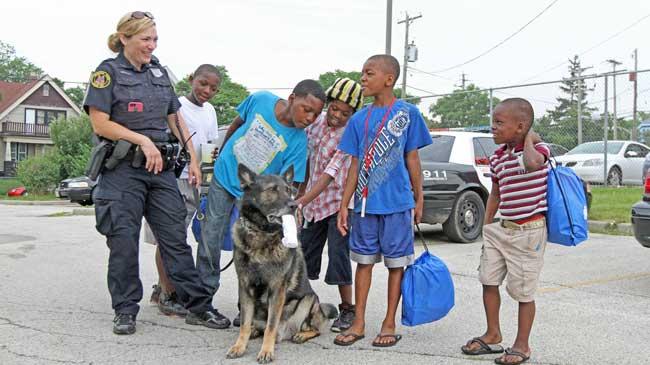 Milwaukee Police are mourning the loss of Police K9 Kenny who passed away on Monday, November 16, due to illness. Kenny served the community for eight years with Milwaukee Police Officer Christina Marshall and will be deeply missed by her and her family. Kenny was honored by the MPD Honor Guard and MPD K9 officers at the Shorewood Animal Hospital Monday where he passed away.

Officer Marshall and Kenny have been an integral part of the MPD K9 Unit and have helped train other K9s and K9 Officers on MPD and throughout Wisconsin.

Anyone who wishes to make a donation in Kenny’s honor may do so to the MPD K9 Foundation at any North Shore Bank.