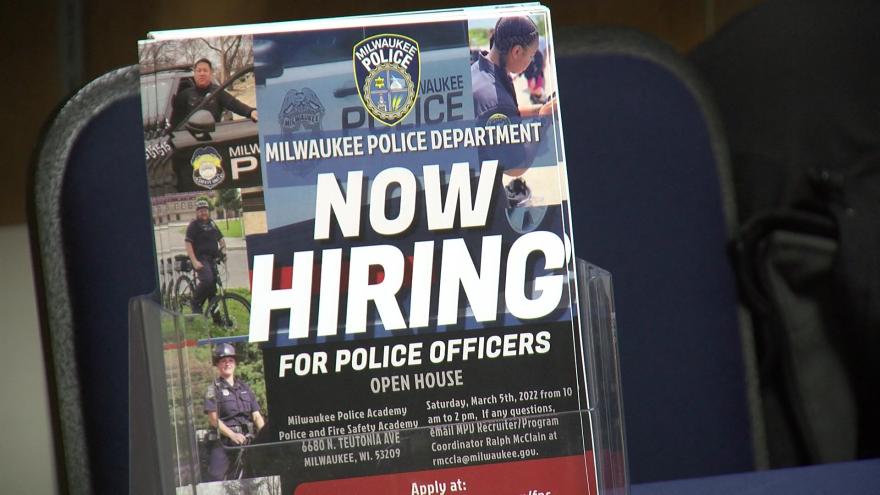 MILWAUKEE, (CBS 58) -- Milwaukee is on the unit for more police officers.

The city wants to add 195 new officers this year.

A job fair was held on March 5 at the Milwaukee Police and Fire Academy.

The city is also looking to hire 911 operators.

Acting Mayor Johnson signed legislation on March 5 to increase the salary to $55,000 annually.

The department is looking to have three new police classes this year in April, July and November.