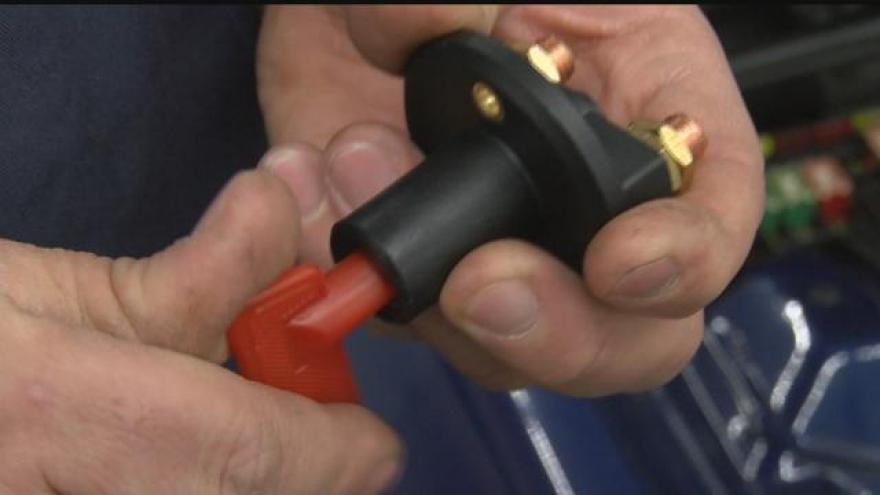 By 10:00 A.M. Saturday, the line stretched a full block, as an assortment of Dodge Grand Caravans, Dodge Stratus', and Honda Civics lined up outside the Milwaukee Department of Public Works.

These lucky drivers, all owners of the most frequently stolen cars in Milwaukee.

\"It's really sad when you come out of your house in the middle of the day, and your car is gone,\" said Marlene Montesdeoca.

Her Honda Civic has been stolen not once, but twice. That's why Saturday, she sat in line for 3 hours for a free ignition kill switch, part of a partnership between Milwaukee Police and local auto dealers.

Last year, 6,176 cars were stolen in Milwaukee. The majority of those were Dodge Caravans, Dodge Stratus', and Honda Civics.

\"It's the style of ignition,\" says Technician Dane Bauman. \"It makes it fairly simple to get in there, get under the steering wheel, and jam a screw driver or something in there.\"

Police say the kill switches have proven to be an effective tool to prevent car thefts.

Participation is limited to the following cars:

Be sure to arrive early. Cars for the first session were being turned away by 11 A.M. due to the line being too long. The devices are being installed on a first come, first served basis.