MILWAUKEE (CBS 58) – Milwaukee police say a 42-year-old man was found dead inside a car on fire near Hawley Road and Martin Drive.

Crews were called to the area shortly before 2 a.m. on Tuesday, May 18.

The medical examiner identified the victim as Lamonn Young of Milwaukee.

MCMCEO responding to the homicide of an adult male in the 1200 blk of N Hawley. Autopsy today. @MilwaukeePolice investigating.

The medical examiner's office called the man's death a homicide, but police are not yet calling the fire suspicious.

A neighbor captured video of the vehicle on fire.

Neighbors tell CBS 58 they are shocked and surprised by what happened.

Some were woken up by explosions.

“Honestly, when I woke up last night it was kind of crazy because alls we were hearing was just the horn and then you just heard a loud boom," said neighbor Jesse Wendel.

“Very surreal to think that, you know, just 30-feet from where my 2-year-old sleeps, that somebody was in a very tragic situation," said resident Alexys Penrod.

According to the Milwaukee Police Department, the cause of death of the Milwaukee man and how the fire started remain under investigation.

“I think what happened was somebody got into mischief that was too big for them and maybe tried to cover it up," said Penrod.

“This is a very peaceful block, at least I would say. We haven’t had a whole lot. Yeah, we get some cars that run through here but nothing really wild," said Wendel.

This crime scene is also just steps away from Hawthorn Glen Park.

Anyone with information on this incident is urged to contact the Milwaukee Police Department at 414-935-7360 or Crime Stoppers at 414-224-TIPS or P3 Tips App to remain anonymous. 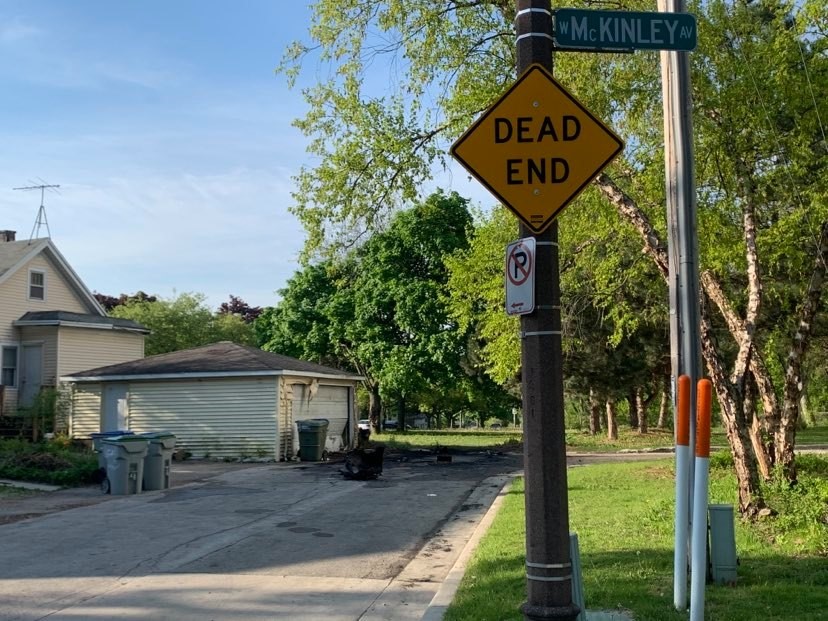