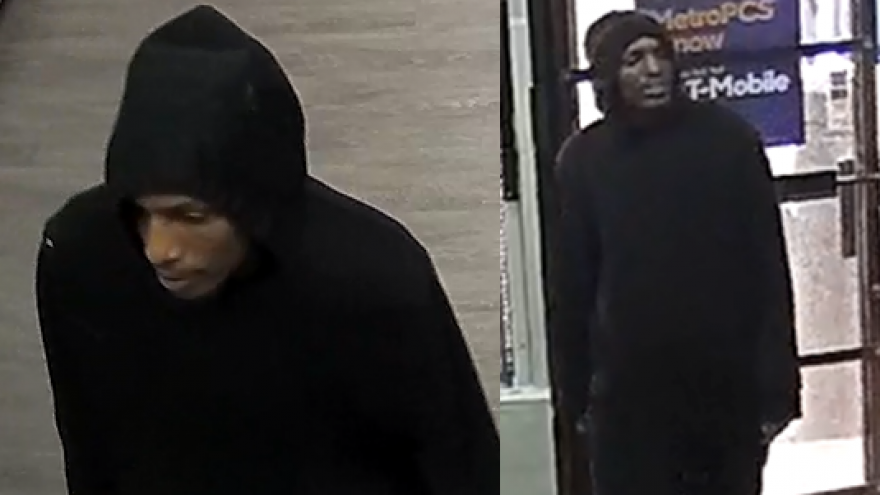 MILWAUKEE (CBS 58) – Milwaukee Police are asking for the public’s help in identifying a suspect wanted in connection to an armed robbery on Monday.

Authorities say the robbery took place at a store near Capitol and Teutonia around 6:15 p.m.

According to police, the suspect walked into the store and showed a handgun in his waistband while demanding money from the cash register.

Police say he is described as a black man, between 20 and 30 years old, 6’03”, 160 pounds with a medium complexion. He was last seen wearing a black hooded sweatshirt, black pants and blue and white running shoes. He has a silver and black handgun.