MILWAUKEE (AP / CBS 58) -- A 19-year-old pregnant woman, her toddler and a man all drowned when their car crashed into a Milwaukee river while police were pursuing them as suspects in two armed robberies.

Police officers had initiated a traffic stop Monday evening because the Chevy Trailblazer Barefield was driving matched the description of a car used in two armed robberies earlier that day. When the car fled, police chased it, but the driver lost control and the SUV ended up in the Kinnickinnic River. Officers said they saw the car crash through fencing and barbed wire and go airborne before rolling and going under water.

The body of Nehmer was recovered from the water that night and she was pronounced dead at the scene. Divers found the bodies of the toddler and Barefield on Tuesday afternoon after the SUV was removed from the water.

The Milwaukee County Medical Examiner said Thursday that they all died from asphyxia due to fresh-water drowning. Police Capt. William Beauchene said the vehicle was submerged in 30 feet (9 meters) of water.

Divers did not find a car seat in the vehicle. They did recover a gun.

When the Medical Examiner arrived on scene they found the bodies of the man, Charles Barefield, and 2-year-old girl, Annamelia Hernandez in the rear cargo area of the SUV with the child resting on top of the man. The ME said no seatbelts were used and the airbags did deploy.

The Wisconsin State Patrol is investigating the crash and whether adverse road conditions or drugs played a role in the deaths.

Beauchene said the first robbery happened at about 7 p.m. Monday, when a man who was checking fluids under his car was approached by people who had climbed out of a black Chevy Trailblazer. The man said they demanded money at gunpoint and he was struck in the face before one of the suspects took his phone and everyone left.

About 25 minutes later, two other people were robbed at gunpoint, Beauchene said.

The robbery victims told police that they had been attacked by two men and a woman. Police say the third suspect is in custody and that investigators have recovered the gun used in the robberies. The third suspect wasn't in the car during the police chase.

Police said the toddler was probably in the car during the robberies, but they don't know for certain.

MILWAUKEE (CBS 58) -- The Milwaukee Police Department gave an update Wednesday on the deadly car crash that killed three people, including a 2-year-old girl when it crashed into the KK River on New Year's Eve after fleeing police.

Police confirmed that three people were in the car -- Shannan Nehmer, her 2-year-old daughter Annamelia Hernandez, and Charles Barefield. The Milwaukee County Medical Examiner has confirmed that Nehmer was roughly 4 weeks pregnant.

According to investigators, Barefield, Nehmer, and another man were involved in two armed robberies before police caught up to them. Police are not naming the third suspect right now, but say he was not in the car during the pursuit.

The first robbery happened around 7:30 p.m. on New Year's Eve. A man was checking fluids under his car, when the suspects got out of a black Chevy Trailblazer, asked for money, beat the man and took his phone. The second robbery happened about a mile away, a half hour later. Victims told police a man and woman pointed a gun at them, and beat them. That's when a witness ran out with a machete to scare the suspects away, and that person was shot at.

When police tried to pull over the car, they took off reaching speeds of about 80-100 mph down Greenfield before crashing into the KK River. Police released surveillance video of the pursuit prior to the crash.

A diver with the Milwaukee Fire Department recovered Nehmer's body but then got stuck.

"At the point the firefighter was trying to free himself, you can only imagine the panic that sets in. Zero visibility, freezing water, you lose dexterity, the water is cold 36 degrees. He never let go of that victim on second, frantically fighting to save his and her life, trying to free himself," said Deputy Chief Kevin Hafemann with the Milwaukee Fire Department.

Barefield and the 2-year-old girl were retrieved from the water the next day. The other person involved in the robbery has been arrested but has not yet been charged.

MILWAUKEE (CBS 58) -- The Milwaukee County Medical Examiner confirms the ages of the three who died inside the vehicle. They are a 19-year-old woman and her 2-year-old daughter, along with a 29-year-old man.

CBS 58 spoke to Brooke Johnson, the foster sister of the woman. She says family and friends spent the day looking for the little girl, hoping she wasn't in the car. Johnson says they prayed the child was with a babysitter, but Tuesday afternoon, when the car was pulled from the river, the body of the child was found.

Johnson says she knows people are talking about how her sister died, but she says despite what happened, her sister always had her back and had the biggest heart.

"All we did was sit up and talk to each other about life," Johnson said. "And anytime she would leave I would freak out because I knew she was reckless but I was accepting of it. I wasn't trying to change her, I was trying to get her to calm down a bit for her daughter."

Johnson says the man in the car was not the father of the child. It's unclear at this point who was driving the car.

CBS 58 is not naming the woman or child because officials have not released that information.

UPDATE: MILWAUKEE (CBS 58) -- The Milwaukee County Medical Examiner confirms that a man and a female child were also found dead inside the vehicle.

The Medical Examiner was called back out to the scene around 2:50 p.m. on January 1.

The two individuals recovered were pronounced dead at the scene.

There is currently no word on the age of the child.

A woman was also pulled from the water December 31 and pronounced dead.

MILWAUKEE (CBS 58) -- One person is dead following a water rescue in the KK River.

An MPD supervisor saw a vehicle wanted in connection with several armed robberies near Arrow and Compstock.

When officers attempted to stop the vehicle, the driver allegedly refused and led officers on a pursuit.

Surveillance video shows the fleeing vehicle continuing east on Greenfield at a high rate of speed until the driver lost control, causing the car to careen directly into the KK River. 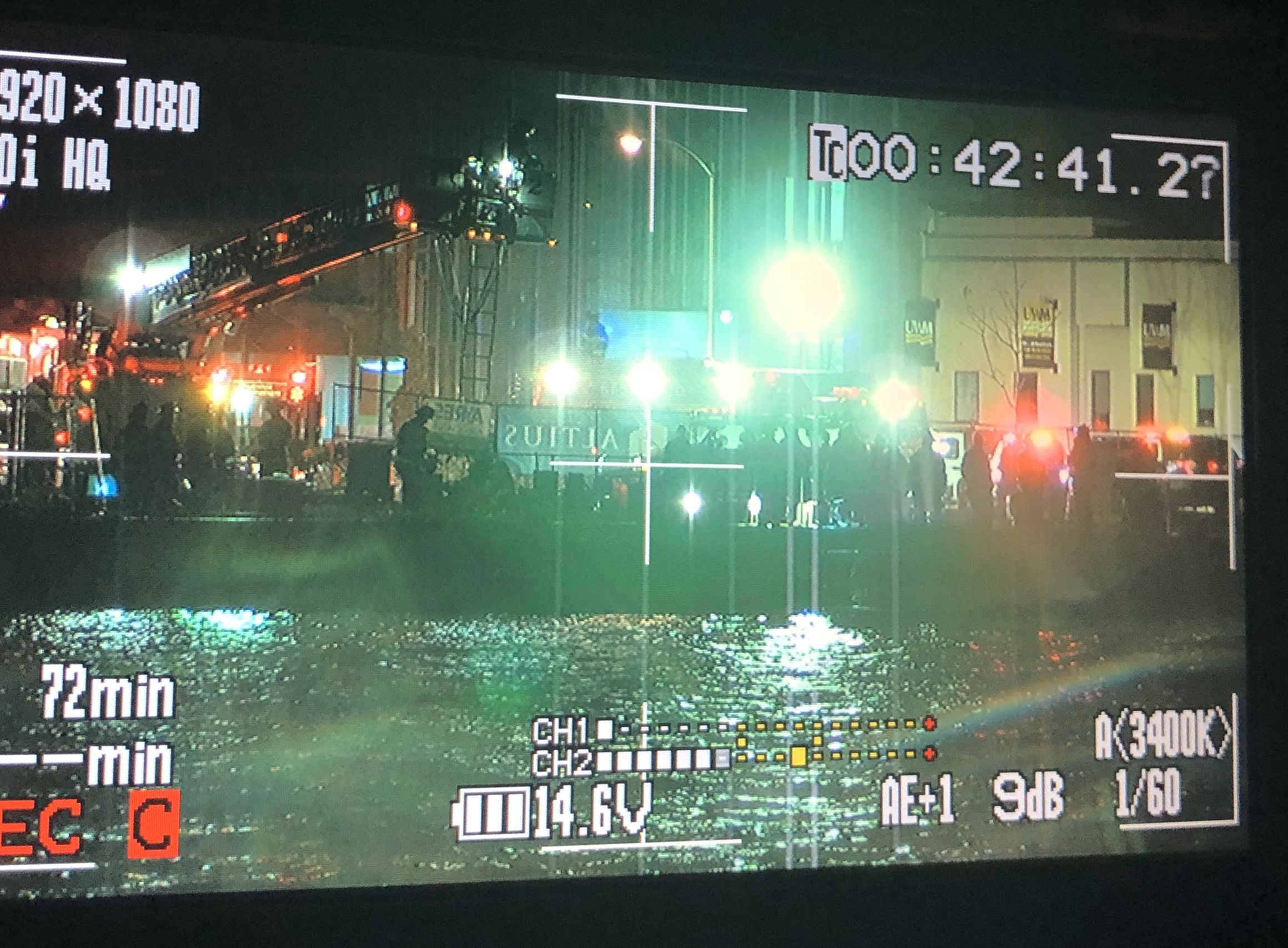 Rescue Divers from the Milwaukee Fire Department quickly responded and within minutes had a diver in the River. An adult female was recovered from the river. Despite lifesaving efforts she died on the scene.

Rescue divers continued to search the immediate area of the river, but were unable to locate any other occupants of the vehicle. Due to eroding conditions, the search was discontinued after a significant amount of time.

At this point, it is unclear how many occupants were inside the vehicle when it crashed into the water.

CBS 58 News has a crew on scene and will bring updates as they become available. Stay with CBS 58 News for more information on this developing story.