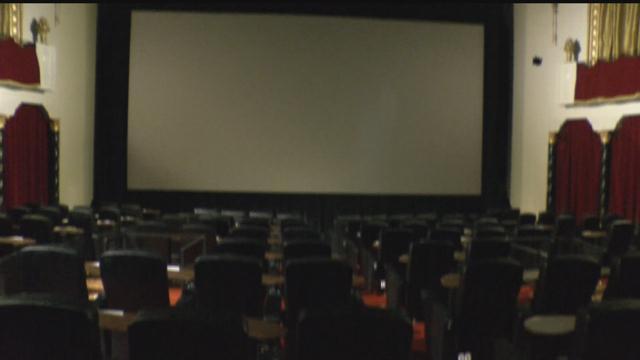 It's one of the first things you see before the movie starts, the message saying keep your phone in your pocket. But, one movie theater chain is considering changing that. AMC Theatre says they might allow texting in some of their cinemas. On Twitter, AMC posted, "Press reports we are considering test allowing texts in a very few screens. We know vast majority of audience wants no texting. If ever, we only would pursue in a way that we can be totally confident all our guests will fully enjoy the moviegoing experience at AMC."

Rose DiSalvo says she likes the rule of keeping the phone off.

"Yeah, I don't know how much it actually deters people from turning off their phones, but as a general policy, I think it's nice," DiSalvo said.

"I have three kids and I take them to really boring horrible movies and I have to just suffer through in silence for, like, three hours. So, I take out my phone and I hide it under my coat," Collins said.

DiSalvo and Collins were watching a movie at the Avalon Theatre in Bay View, which doesn't allow cell phone use during movies. In a statement, they said in part, "We believe it is a distraction for moviegoers, especially those sitting in rows behind a glowing phone screen. We actively check our theaters during movies to make sure this policy is followed."

We did reach out to AMC to get more information on the discussion of allowing some texting, but they have not gotten back to us.