"Movie" Money Being Passed Around in Kenosha 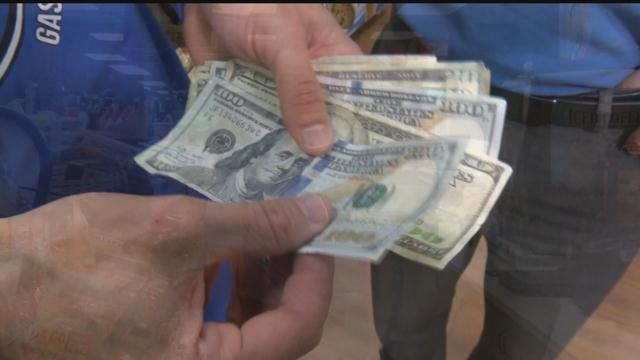 Some counterfeit money has been showing up in Kenosha. The Police department posted pictures on Facebook showing fake the $100 bills that clearly say "For Motion Picture Use Only". Counterfeit money is a problem in Kenosha, and convenience stores seem to be the ones that are hit more times than not. The folks at Lou Perrine's at 52nd and Sheridan in Kenosha say they get fake money once or twice a month. Sometimes they're easy to spot, other times, they're not. Each one comes off their bottom line.

"Yeah, I mean for us it's just another thing to make sure we train our employees on and be aware of," said Anthony Perrine, owner of Lou Perrine's.

Perrine says he's seen some crafty counterfeiters, printing bigger amounts on the smaller bills, all to make them look as real as possible. So, as a retailer and customer, it's about being vigilant.

"To really go through and check all the bills, things of that nature, to make sure that it doesn't happen," Perrine added.

In the case of the movie money, a Kenosha Police sergeant told CBS 58 they look real, especially if you didn't think to look for the "For Motion Picture Use Only" text on it.