Movie About Packers Fans in the Works 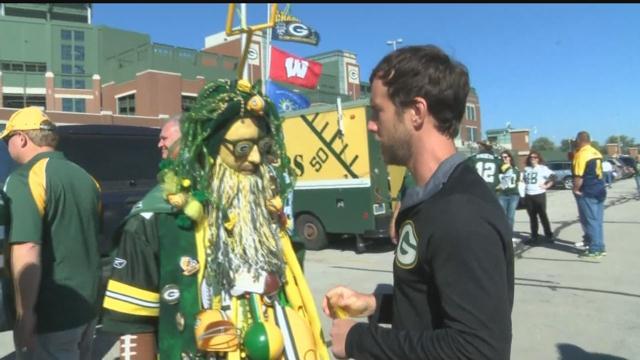 Inside Lambeau Field on Sunday fans watched The Pack win their 5th game in a row. Outside the stadium crews were working on an independent film and the crew are looking for fanatic Packers fans and tricked out green and gold cars.

The movie is called "The 60 Yard Line" and is inspired by a house near Lambeau Field featuring a man who thinks that buying the house will make his life better.

"The Packers party life style that it gives you, it instills in you, gets in the way of his relationship with his fiance and his family, and uh yea, his life doesn't necessarily get better…we're here today to specifically target those people that are maybe more well-known in the community as being those Packers fans and to try to get them involved in the picture. We want America to get to know who Green Bay is and who they're fans are," says the movie’s writer and executive producer Ryan Churchill.

The movie will have lots of tailgating scenes, and that's why the crew is looking for wildly dressed fans. It'll also feature a few Packers players.

The makers still haven't raised all the money for "The 60 Yard Line", but they do have a crowdfunding account online to get that done.

They hope to start filming in a little over a week.