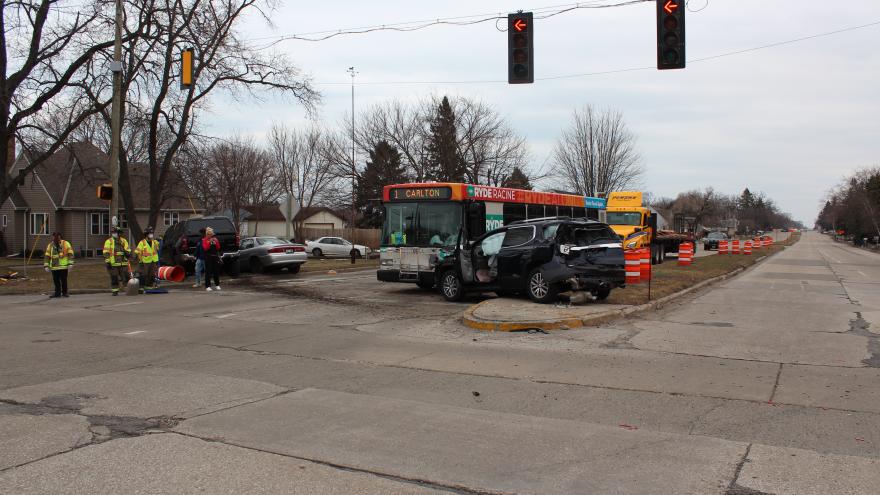 Mount Pleasant police responded to the intersection of State Highway 11/Durand Avenue and Meachem Road around 2:48 p.m. due to a four vehicle crash.

Officers located three vehicles involved in the incident, along with a Racine city bus.

All of the injuries are said to be non-life threatening.

The operator of the pickup was identified as a 61-year-old Racine man who police say showed signs of impairment and was arrested for OWI causing injuries. Authorities say it was his third offense for operating while intoxicated.