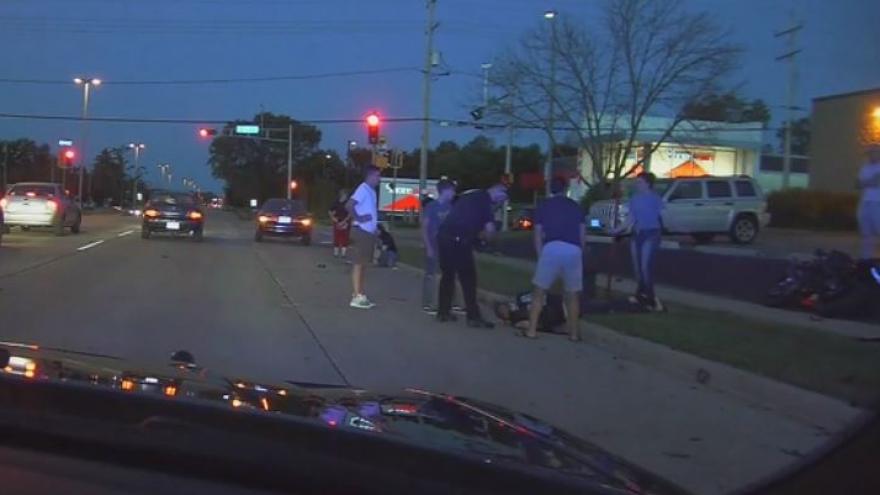 A Greenfield Police Officer came upon a crash between a car and a motorcycle near West Layton Avenue and South 68th Street last Friday, July 28.  A 31-year-old Milwaukee man was laying on the ground after being ejected from the motorcycle he was driving. The man had suffered very serious injuries to his right arm, which was nearly severed, and he was bleeding heavily.

The officer quickly put a tourniquet around the driver’s arm to stop the bleeding and packed the wound with hemostatic gauze which aids in blood clotting. The quick action of the Officer identified as Justin Triumph likely saved the life of the motorcycle driver.

Despite all of the efforts from the Officer and emergency medical personnel, the injuries to the driver were so severe that his arm had to be amputated at the hospital.

There was also a passenger on the motorcycle; a 36-year-old Greenfield woman. She suffered broken bones but as of Wednesday is in stable condition.

The driver of the car was not injured in the accident.

The cause of the accident is still under investigation, but speed of the motorcycle is believed to be a factor.